In the ’70s and early ’80s, George Jones garners a reputation in the music industry as an unpredictable live performer who is susceptible to cancelling shows at the last minute. The habit earns him the nickname “No Show Jones,” a song on “Yesterday’s Wine,” his 1992 collaboration with another 1981 Billy Bob’s debut, Merle Haggard. True to his moniker, Jones cancels a June 1981 appearance at the club.

He makes up the show a few days later and begins a friendship with Billy Bob Barnett, a longtime fan who offers to manage Jones and take over his troubled financial affairs. Barnett sets about straightening up up Jones’ obligations from his many cancelled dates, and Jones plays at Billy Bob’s and even lives in Fort Worth for a time. Just as quickly as it was struck, the partnership dissolves after Jones phones from Alabama to call off their deal. 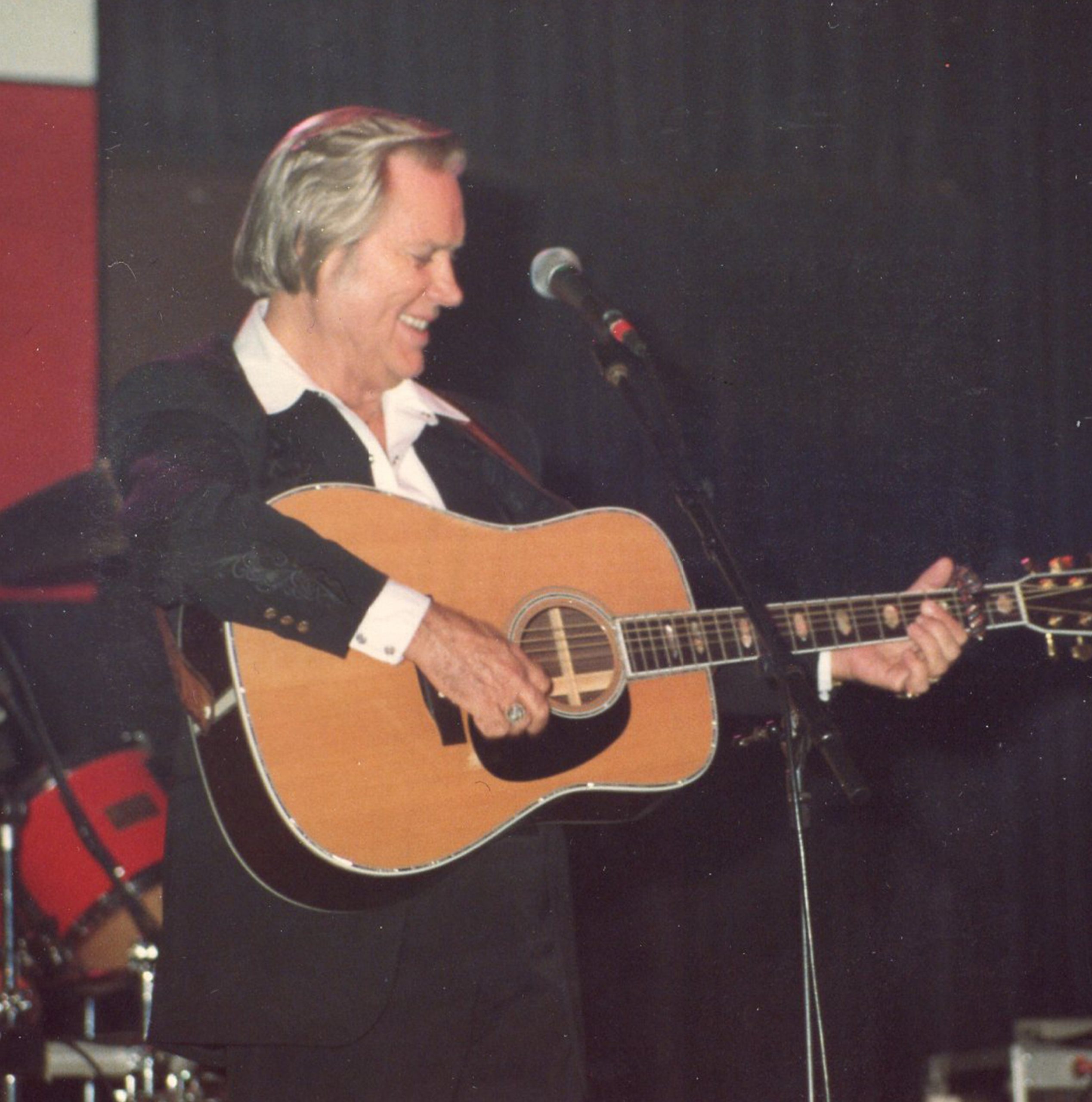 Jones went on to play at the World’s Largest Honky Tonk 27 times before his death in 2013.

Inducted into the Country Music Hall of Fame in 1992, George won the Academy of Country Music’s Pioneer Award that same year. In 2002, he was presented with the National Medal of Arts, the nation’s highest honor for artistic excellence, in a ceremony at the White House.

People who keep track of numbers say that George charted more singles in his extraordinary career than any other artists in any music format. George’s 2004, three-CD compilation George Jones: Fifty Years of Hits showcases his hit records from every year of the second half of the 20th century.

Born in southeast Texas near Beaumont, George was the eighth child in a poor family. George was introduced to music by his mother, a church pianist, and his truck-driving, pipefitter father, who played guitar. He was singing at age 9, playing guitar at 11, writing his songs at 12 – and had a regular spot on a Jasper, Texas, radio station by 15.

The first of his long list of hits was “Why, Baby, Why,” recorded at Starday Records in 1955. Two years later, he moved to Mercury, where he recorded “White Lightning,” (his first No. 1), and such enduring classics as “The Window Up Above,” “She Thinks I Still Care,” “The Race is On,” and “Walk Through This World With Me.”

In the tumultuous years George was married to Tammy Wynette, they both recorded with Billy Sherrill at Epic Records. Their duets included “Golden Ring,” “We’re Gonna Hold On,” and “Two Store House.” George’s solo hits there included “The Grand Tour,” “The Door” – and in 1980, the indelible “He Stopped Loving Her Today.” From “Who’s Gonna Fill Their Shoes” to “Choices” on 1999’s Grammy-winning Cold Hard Truth album, great George Jones records just kept coming.

Through every twist and turn in country music fashion, his pre-eminent gifts remained clear. In 2013, Jones died at age 81. His memorial service was held at the Grand Ole Opry House and the all-star tributes and eulogies were broadcast live on multiple TV and radio stations.