About the World Famous Billy Bob's Texas Honky Tonk in Fort Worth, TX

The building now known as Billy Bob’s Texas was built in 1910 and was once an open-air barn used to house prize cattle for the Fort Worth Stock Show. In 1936, as a Texas Centennial Project, the building was enclosed by the City of Fort Worth at a cost of $183,500 and the tower over the main entrance was added. The “new” structure contained livestock stalls, and an auction ring that is now the Billy Bob’s Bull Riding arena. Livestock events were held here until the stock show moved to the Will Rogers Memorial Complex, in 1943. During World War II, the building was used as an airplane factory, and in the 1950′s the building became a department store so large that the stock boys wore roller skates to make their jobs easier.

Visitors to Billy Bob’s are greeted by a history video narrated by George Strait and can enjoy the large collection of memorabilia. Each entertainer leaves a concrete impression displayed on the Wall of Fame. Visitors can see how their hands match up to those of Garth, Willie, or Ringo. The Guitar Bar in Billy Bob’s has 75 guitars autographed by the stars who have performed at the club.

Billy Bob’s gift store offers a wide selection of souvenirs and unique western gifts. The HonkyTonk kitchen features mouth-watering bar-b-que, steaks and burgers along with light meals. Billy Bob’s is a popular facility for conventions, groups, and parties accommodating from an intimate 20 to a Texas-size group of 6000. The unique décor and nightly entertainment make party planning easy! 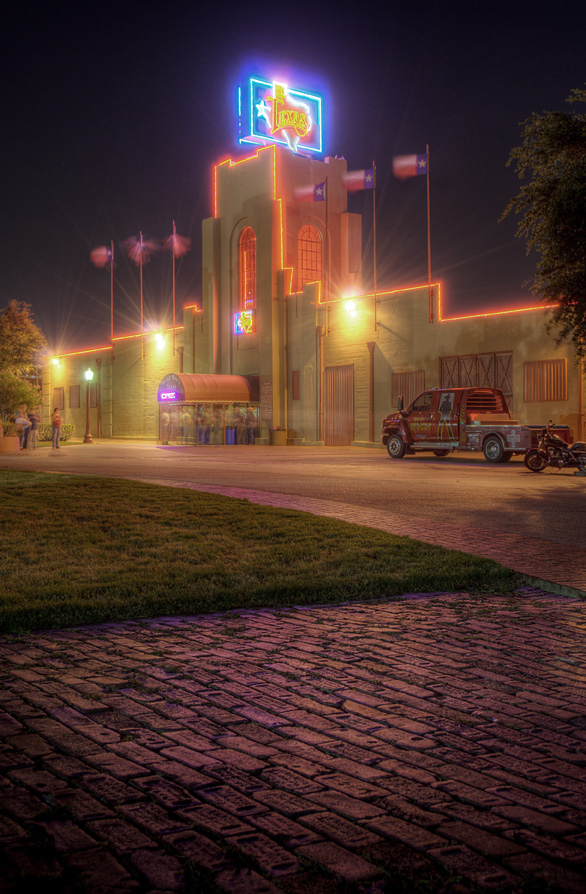 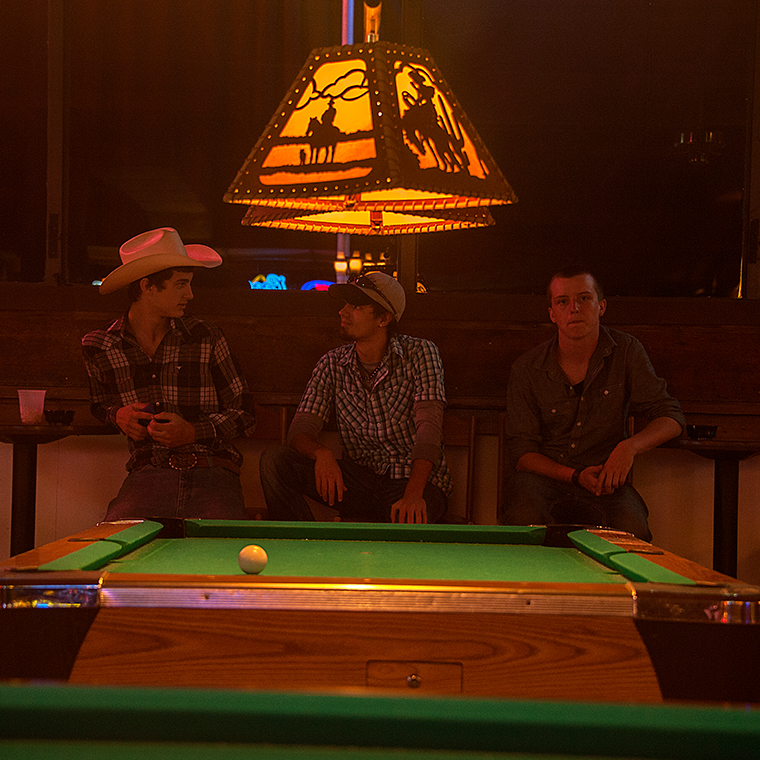 Billy Bob's can accomodate up to 6,000 people and is open daily with entertainment nightly. 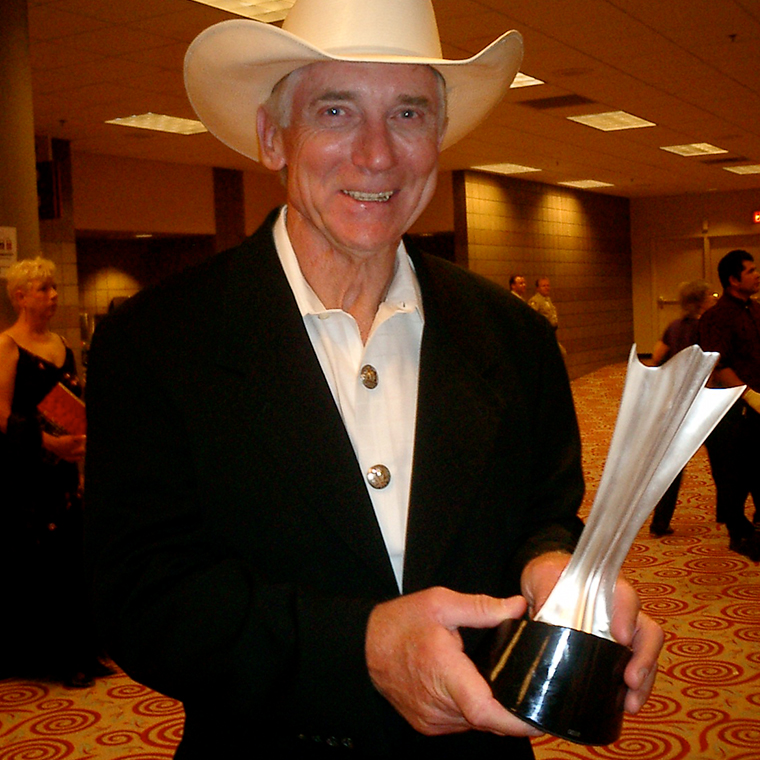 Billy Bob's has been named "Country Music Club of the Year" 12 times. 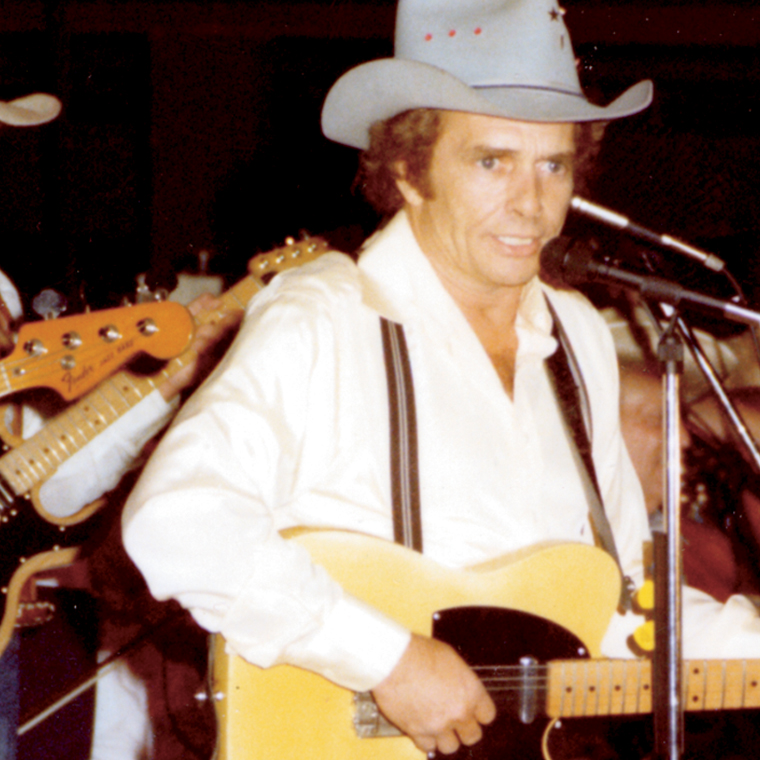 Merle Haggard made the Guinness Book of World Records for buying the largest round of drinks when he bought 5,095 drinks of Canadian Club for the entire club. The bill totaled $12,737.50 and equalled 40 gallons of whiskey. 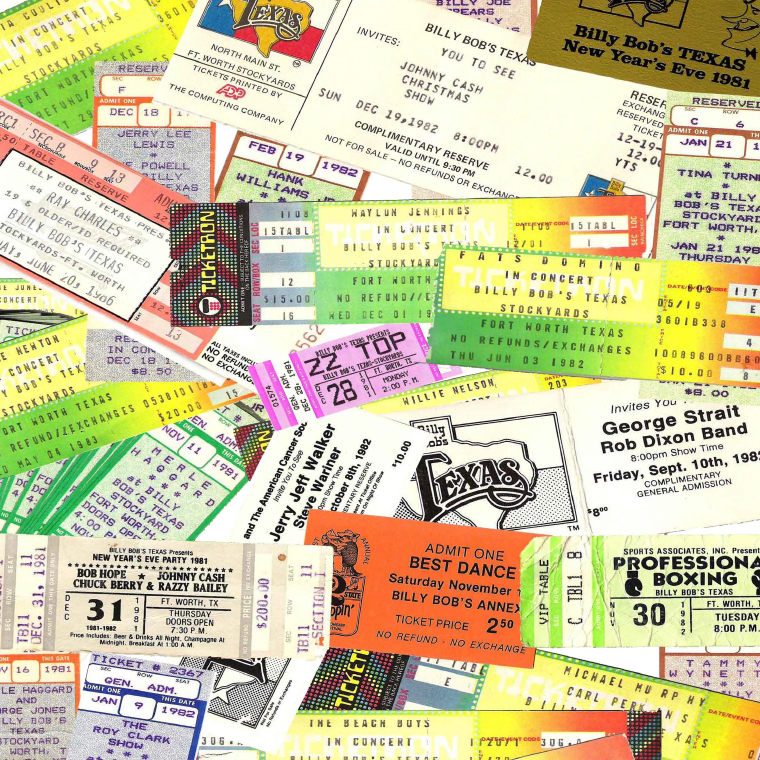 More than 17 million visitors have come through Billy Bob's doors since 1981. 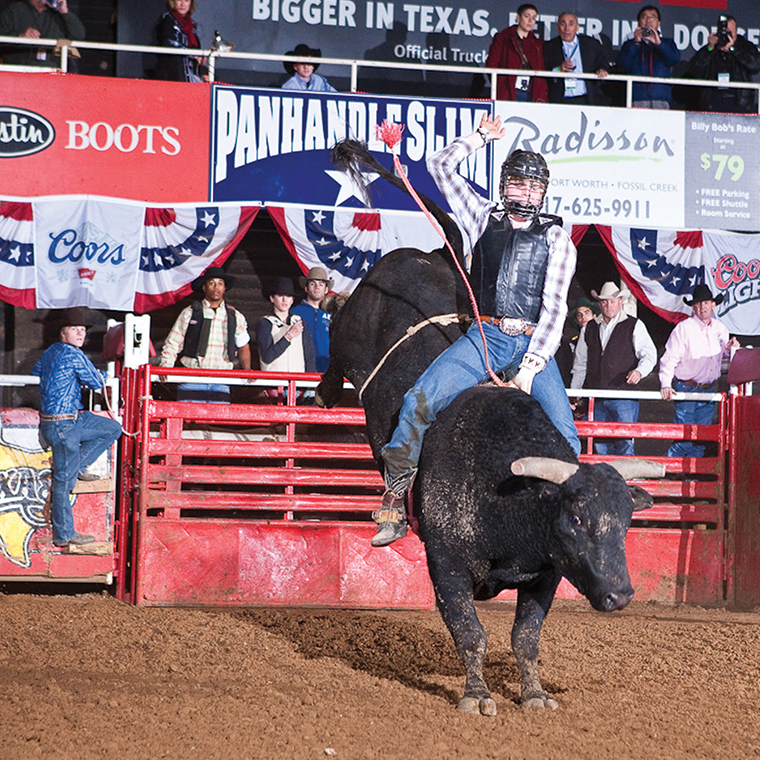 More than 47,500 bulls have bucked in Billy Bob's arena to date. 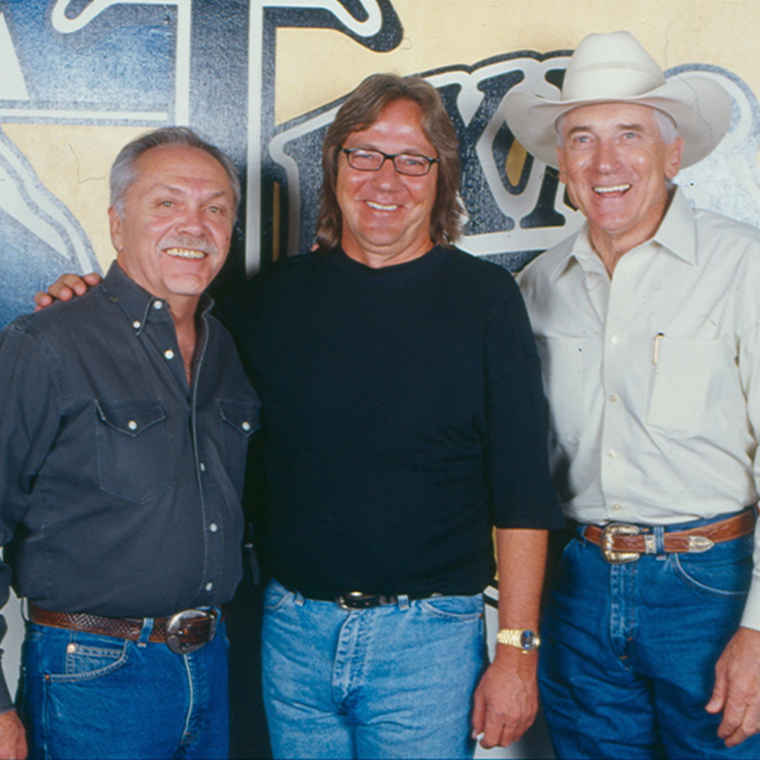 At the height of the Urban Cowboy craze, Billy Bob Barnett and Spencer Taylor joined forces to turn the former department store in the Fort Worth Stockyards into the World’s Largest Honky Tonk. After an extensive renovation, Billy Bob’s opened on April Fools Day in 1981. This new entertainment venue was bigger than Gilley’s and featured Real Bull Riding. Billy Bob’s enjoyed 7 wildly successful years with the biggest country music stars before an economic downturn forced the closure in January 1988. The club stayed dark for 8 months while Don Jury was assembling a rescue plan.

After closing briefly in 1988, Billy Bob’s reopened under the guidance of 4 of the Stockyards leading forces. Holt Hickman, Don Jury, Steve Murrin, and Billy Minick all had a deep love for the Fort Worth Stockyards. The 4 men united to return Billy Bob’s to its status as a premier spot for artists to perform. By the spring of 1989, artists were enthusiastic about returning and a new tradition began at the club. Handprints of entertainers were captured in concrete and hung on the wall of fame. On April 1, 1989, Billy Bob’s celebrated its eighth anniversary. The date was also chosen as the club’s Grand Re-Opening. Because Billy Bob’s was such an important tourist attracting, the Fort Worth Convention and Visitors Bureau helped to plan and execute the event. Willie Nelson kicked off the celebration on March 31st and the Bellamy Brothers played April 1st. Billy Bob’s was back, just in time to usher in a new era of country music. All thanks to Holt Hickman, Don Jury, Steve Murrin, and Billy Minick. Billy Bob’s ownership still includes their families along with basketball entrepreneur Donnie Nelson. 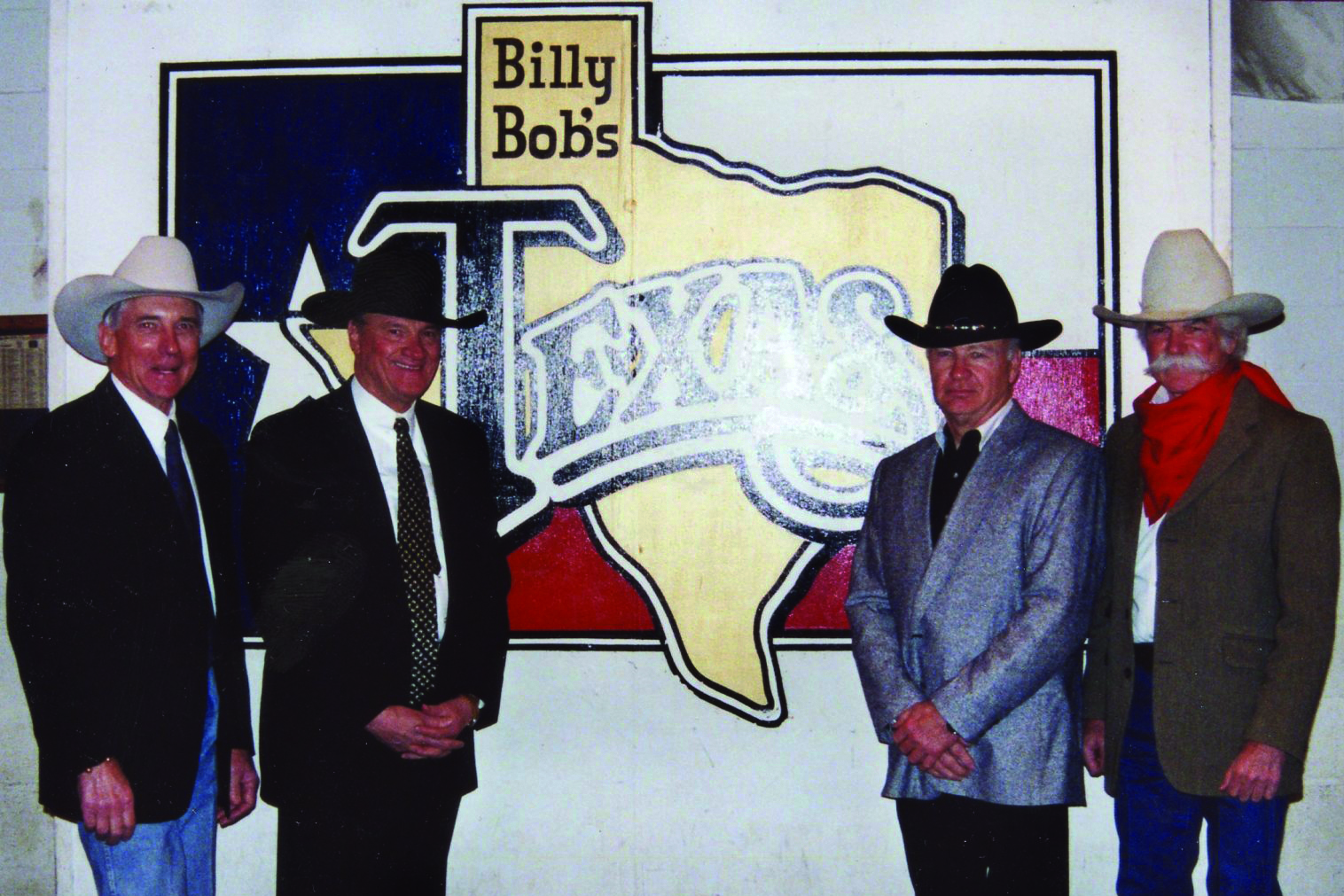 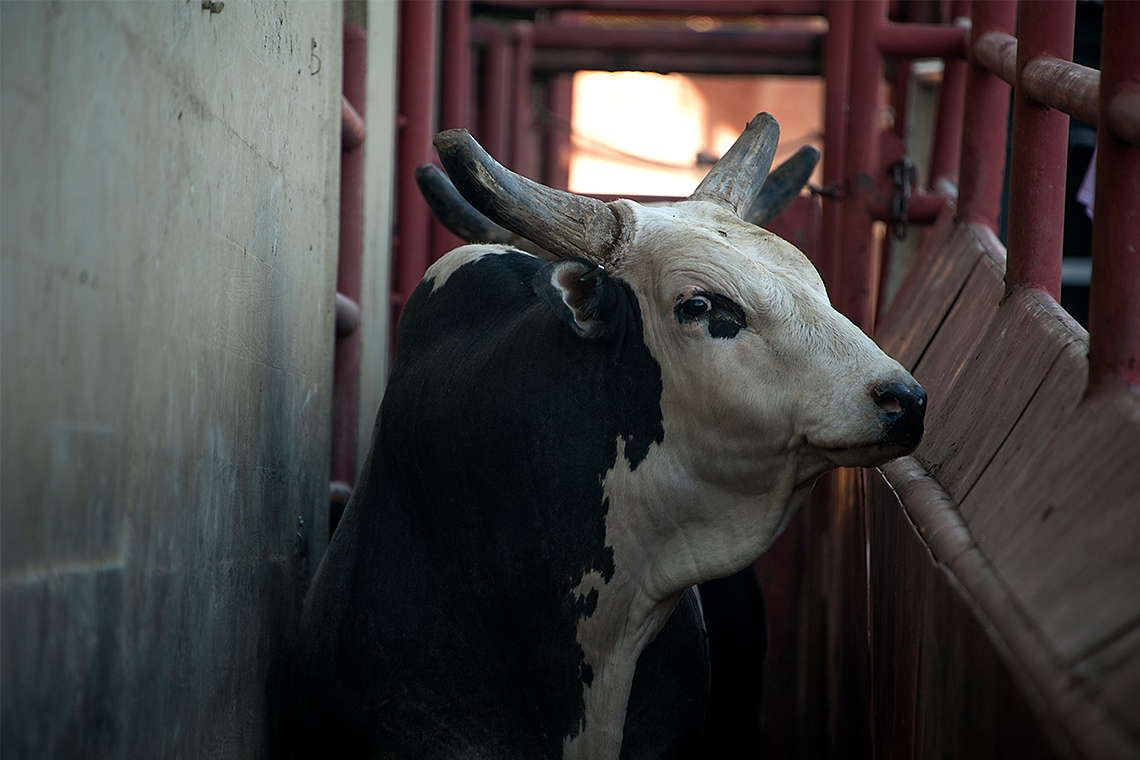 Billy Bob’s Live Pro Bull Riding takes place every Friday and Saturday night. We’re talking real bulls- not mechanical!  Billy Bob’s also offers our guests a chance to be a rodeo star by providing an authentic stuffed bull photo opportunity as if they were part of the live action.

Billy Bob’s Texas has been featured on several TV and Movie screens and has served as the location for several music videos for country’s biggest stars.  A number of episodes of the original television series “Dallas” were shot on location. Other shows include “Walker Texas Ranger,” CBS’s “Happy New Year America,”  “CBS This Morning,”  VH1 “Rock of Love”, and “Nashville Star.”  Billy Bob’s has also been highlighted in several travel shows and news features. 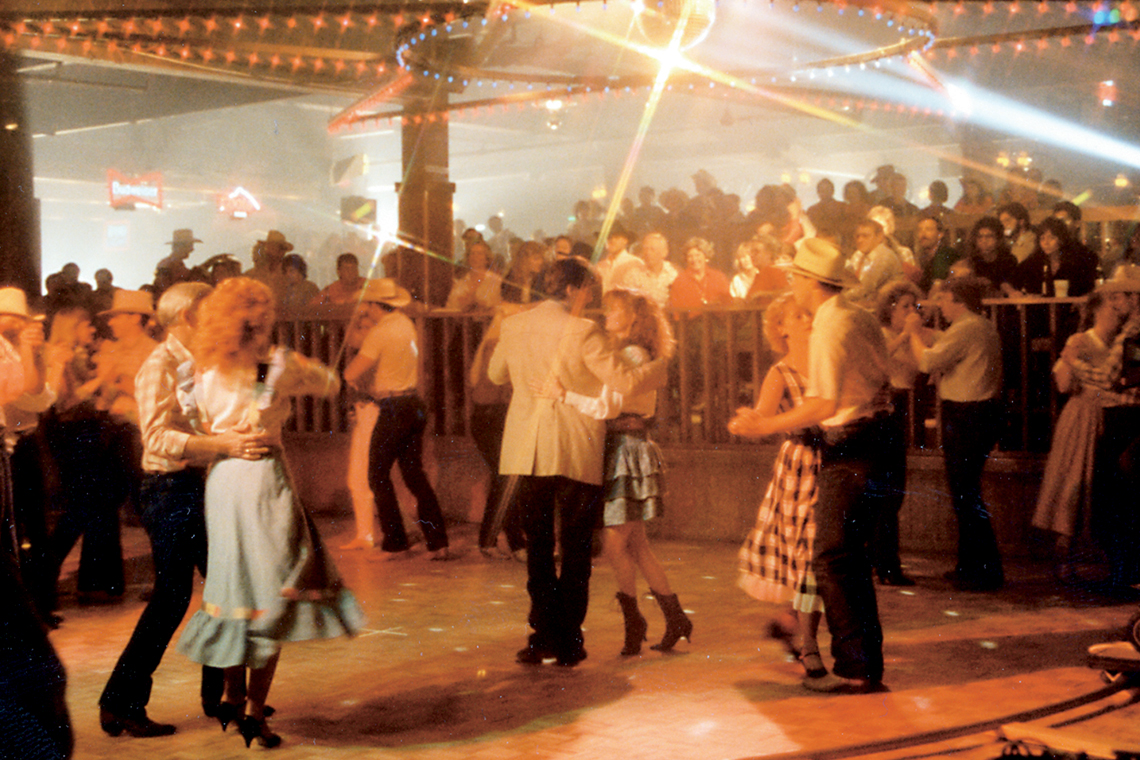 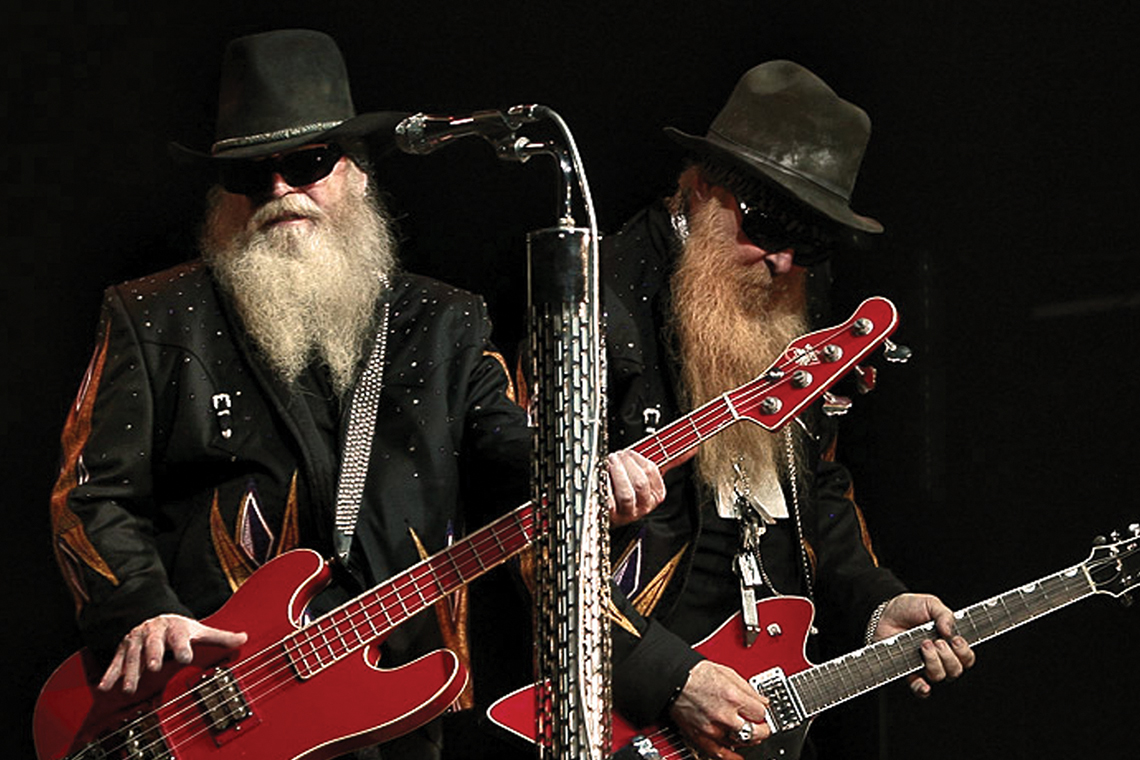