Enjoy live music Thursday-Saturday nights beginning at 8pm with the Billy Bob’s Texas House Band. Get here early before one of our scheduled concerts, come early to dance to the latest country music performed by these up and coming bands prior to the show.

Several artists including George Strait, Alan Jackson, and Travis Tritt performed on the Honky Tonk Stage as the house band before hitting the big time. Please send your demo (CD ONLY) and contact information to the following address to be considered as a possible house band for Billy Bob’s: 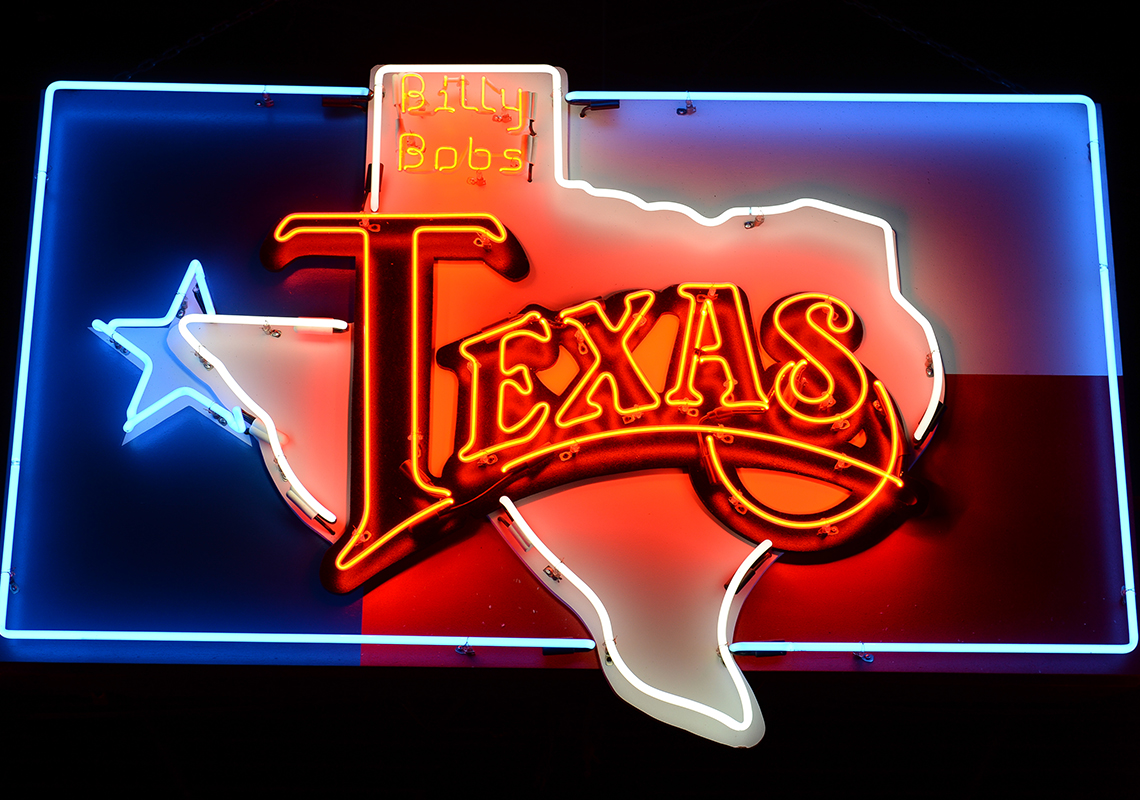 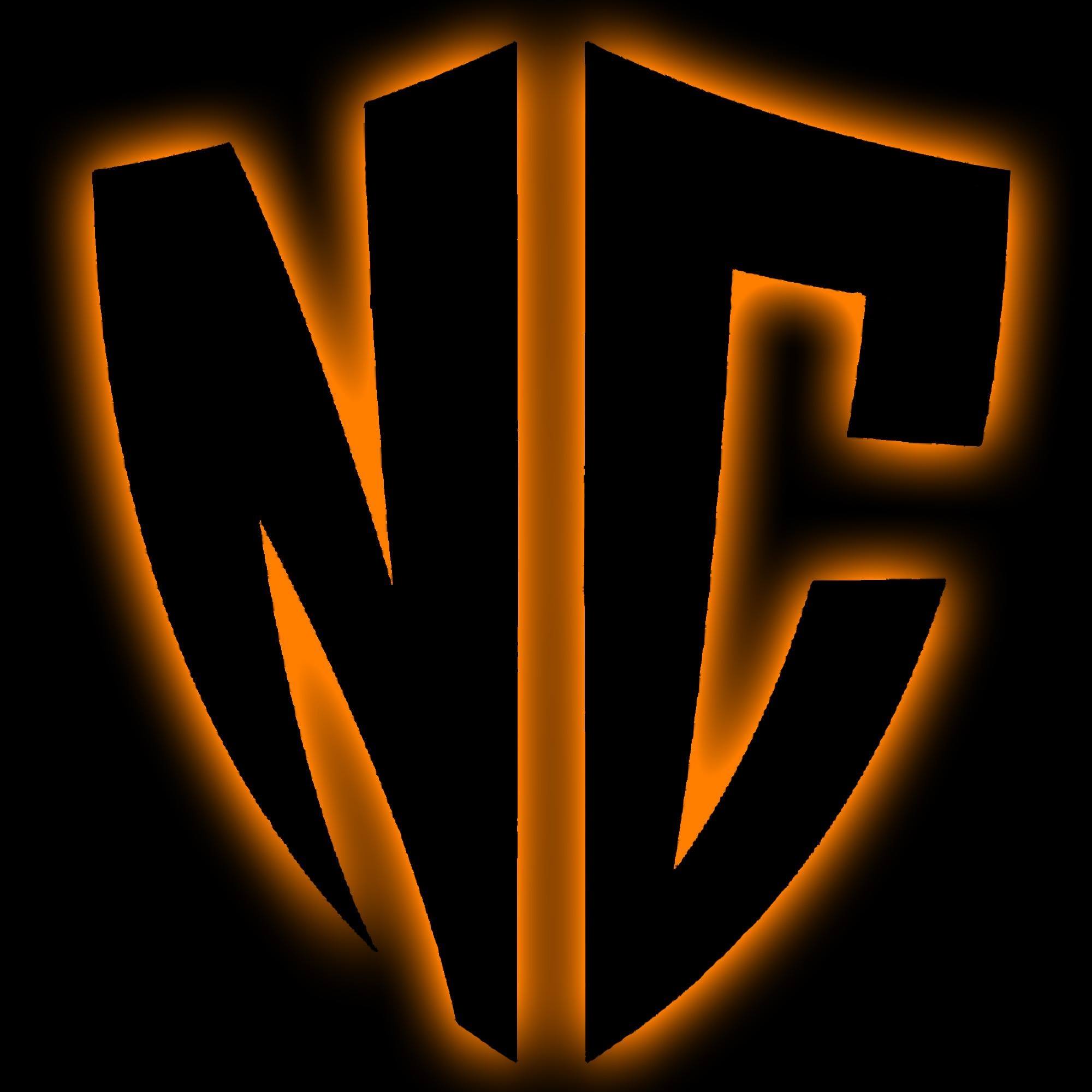 Niles City, three miles north of the business center of Fort Worth in central Tarrant County, was incorporated in February 1911. The town was called “the richest little city in the state of Texas” because of the high value of several corporations within its boundaries. It was named in honor of Louville Veranus Niles of Boston, Massachusetts, a large stockholder in the Fort Worth Stock Yards Company; Niles was given credit for the fact that the Swift and Armour packing companies located their plants in the vicinity. The Fort Worth Stockyards, including the Live Stock Exchange Building and the packing plants, all located within the Niles City corporate limits, were valued at over $12 million in 1911. Because of these historic facts, the band decided on the name to reflect a wealth of musical richness and diversity and to commemorate an area in Texas steeped in country music tradition.

ABOUT BRIAN LYNN JONES:
Brian Lynn Jones and the Misfit Cowboys are a tight, high-energy Rock-N-Tonk band. They move effortlessly and convincingly through all forms of American roots music and deliver country, rock-n-roll, blues, and classic rock just to name a few. Rock-n-Tonk is a term coined by the band that sums up their sound: Roots Country with the gritty edge of Rock-n-Roll. The only way to truly grasp the vibe is to come see a live show! 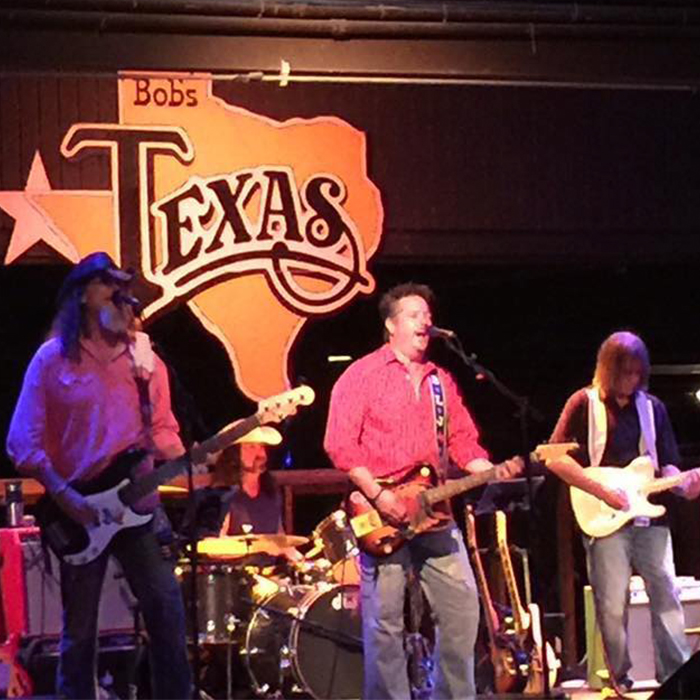 ABOUT HAZARD COUNTY:
HAZARD COUNTY is a Fort Worth-based Top 40/Red Dirt country band that has been entertaining crowds in Texas, Oklahoma, and Louisiana since early 2013. Playing a constantly evolving set list of contemporary and classic hits, as well as numerous well-received originals, HAZARD COUNTY has earned the reputation for being one of the top Country/Cover bands in the area. The band is widely known for being a House Band at the World Famous Billy Bob’s Texas venue in Ft. Worth. They have also played at AT&T Stadium in Arlington after a Dallas Cowboys game, at Texas Motor Speedway, and were chosen by the cast & crew of television’s “Pit Bulls & Parolees” to play at the Grand Opening of their bar in New Orleans. When not filling up dancefloors in the DFW area, the band also plays numerous private parties, weddings, charity events, and city festivals.

The Bryan Lucas Band.  A DFW-based cover band playing hit music from every decade.  Fort Worth native and a proud resident of the Texas Music Scene, Bryan Lucas, formed the band in 2012.   The band performs primarily country and rock songs but loves to pull from other genres to add variety to the setlist.   Their diverse songbook helps ensure the crowd is always hearing songs they know and love.

The Bryan Lucas Band performs approximately 100 shows each year in a variety of configurations from solo acoustic, duos or trios, to full band.   They can be found playing restaurants, bars, and private parties in the Stockyards, West 7th, Arlington, West End, in venues such as Billy Bobs, the Woodshed Smokehouse, Joe T Garcia’s, Mira Vista Country Club, the Fort Worth Food Park, or RJ Gators.  They also routinely play at festivals such as the Cowtown Marathon, Mayfest and TCU’s Frog Alley.

The band prides itself on bringing a high level of service and professional attitude to your venue or event to engage and entertain your crowd.   The band uses some of the best equipment and lighting available to ensure the sound quality and atmosphere are perfect for your occasion. 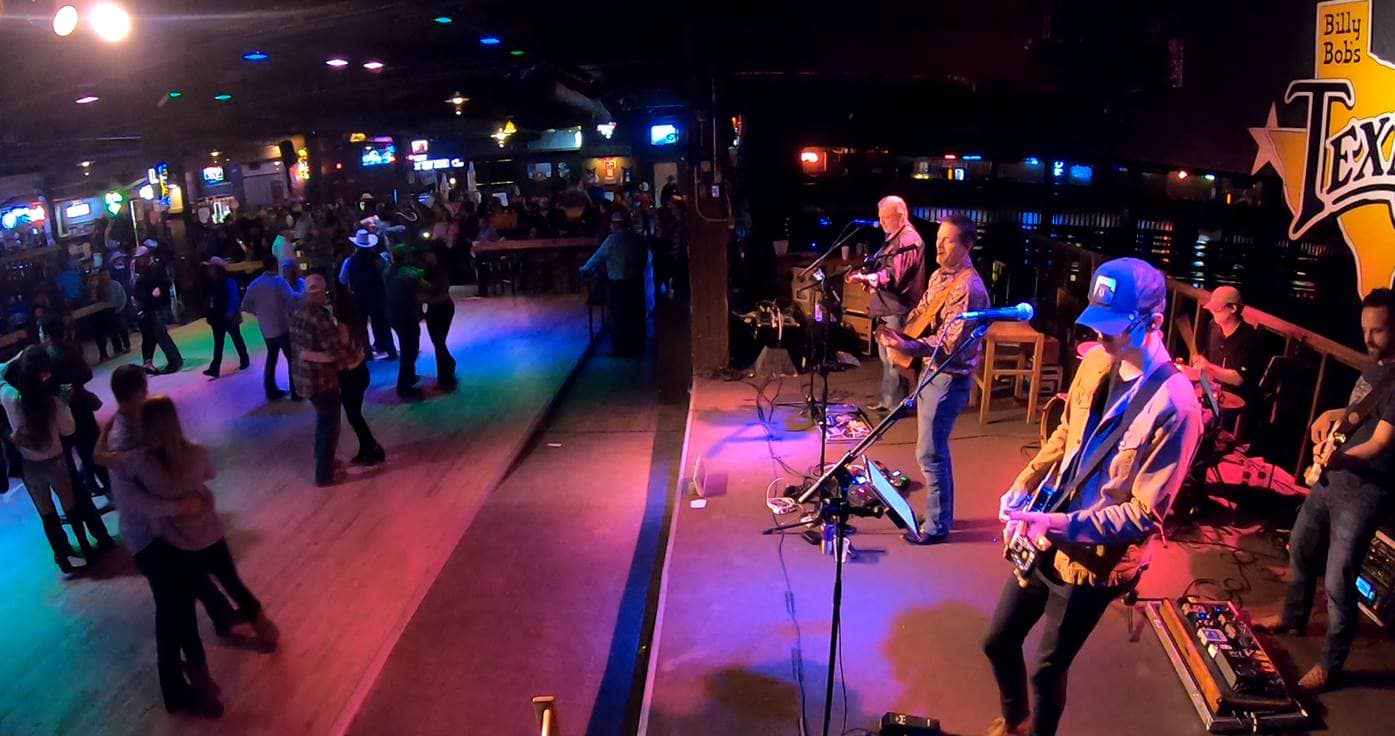 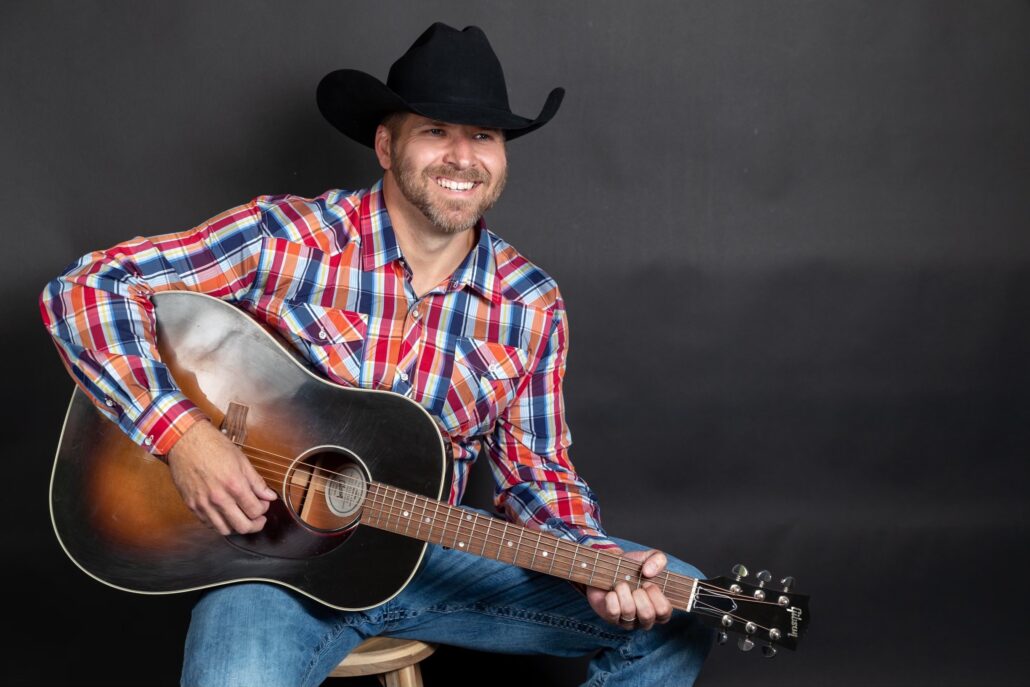 Justin was born and raised in Fort Worth, Texas.  He grew up listening to a wide variety of musical genres that spanned multiple generations. From George Strait, Hank Jr., Travis Tritt and Garth Brooks, to the Eagles, James Taylor, Jim Croce and Billy Joel, Justin listened and sang along to whatever was on the radio.  At the age of 7, his mom took him to a pawn shop to buy his first guitar. However, it wasn’t until much later that he decided he should take his talents and musical abilities to the stage.

Justin served five years in the United States Navy as a K9 police officer, and after completing his honorable service, he came back to Texas to earn his bachelor’s degree from the University of North Texas and a master’s degree from the University of Texas at Arlington. He served the City of Arlington, Texas as a police officer for six years, and left the police department in 2012 to start a real estate company with his wife.  In 2020, Justin and Theresa merged their real estate brokerage with Magnolia Realty, Chip and Joanna Gaines’ company out of Waco.

Shortly after starting their real estate business, Justin got the itch to start playing guitar and singing. Within 6 months, he started a band, and just a few months later, they were playing local gigs and private events.

ABOUT KEITH MITCHELL BAND:
If you need the number one premier country music band in the Dallas/Ft. Worth metroplex to make your next event a truly entertaining and memorable occasion, then look no further! KMB is a 5-piece band with the most current song list selection of today’s top country music hits, as well as a great mix of classic, Texas red dirt, rock and R & B that allows them to cover any type of event. Their combination of stellar musical performance, outstanding vocals, and stage presence will have your event rockin’ all night! 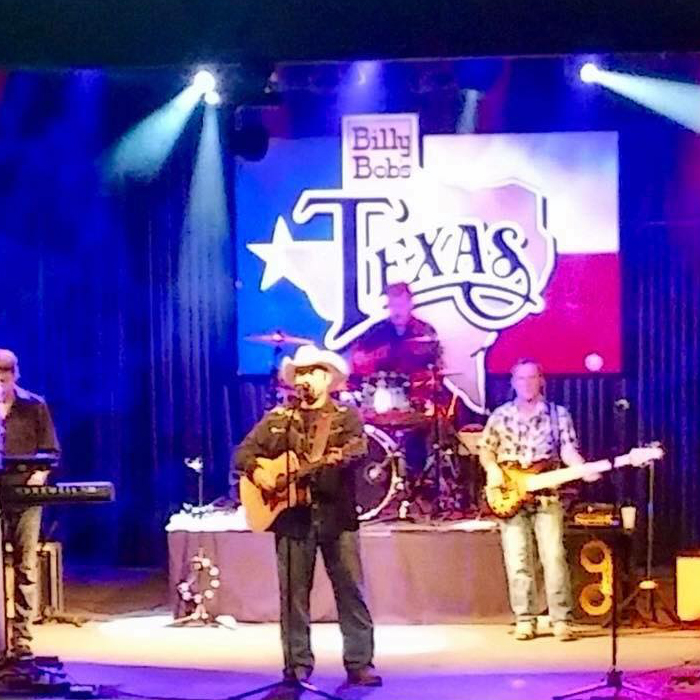 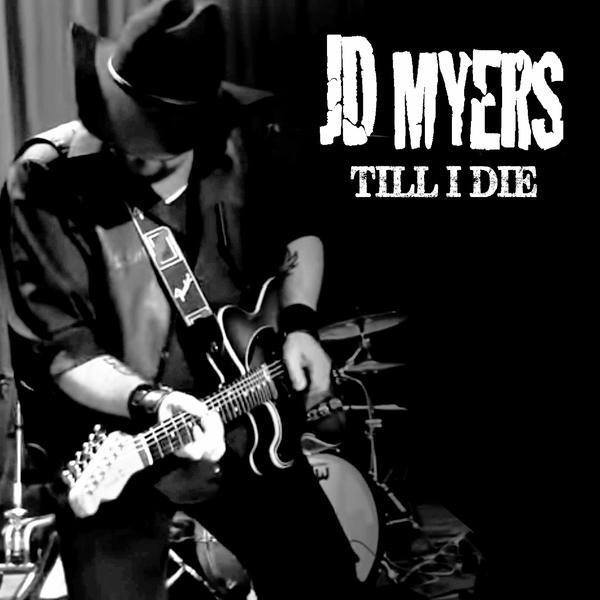 ABOUT JD MYERS & LEGACY
“Former Asylum artist Myers is going the indie route with a collection that is straight up the Americana alley. Its title tune is a rootsy country rocker with deep-twang guitar, wailing harmonica, and a pounding backbeat. Heartily recommended.” – Robert K. Oermann