We look forward to welcoming Thomas Rhett to Billy Bob’s Texas on Thursday, Friday and Saturday, May 6, 7 and 8.  We offer a one of a kind experience in the heart of the Fort Worth Stockyards! While you’re here check out the Honky Tonk Kitchen, Billy Bob’s gift store, and the Handprint Wall of Fame!

Show Details
Thomas Rhett at 9:00 PM (Thursday) and 10:00 PM (Friday and Saturday) on the Main Stage
House Band at 8:00 PM on the Honky Tonk Stage
Doors Open at 6 PM
Please plan to arrive early as the process to get into Billy Bob’s Texas will take longer than normal due to the new COVID-19 safety protocols.

In an effort to help those affected by the winter storms in Texas, Oklahoma and Louisiana, a portion of proceeds from the shows will be donated to North Texas Food Bank and other local organizations providing aid and basic needs assistance. 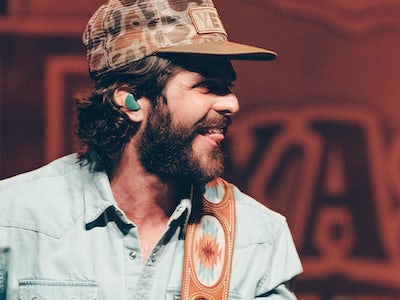 May 6th of 2021, Thomas Rhett rocked the main stage for his first time since October of 2019

May 9th of 2020, Thomas Rhett and his wife Lauren Akins announced they are pregnant with their 4th baby girl on the main stage here at Billy Bob’s.

ACM “Entertainer of the Year” Thomas Rhett’s most recent release, his GRAMMY-nominated fourth studio album CENTER POINT ROAD continued to propel his meteoric career as “few singers have played a larger role in defining the sound of country music over the past half-dozen years” (Rolling Stone), debuting atop the Billboard 200 and spawning three No. One hits including its PLATINUM lead single, “Look What God Gave Her,” which was first introduced on SNL. Thomas Rhett has scored nearly 10 BILLION total career streams, 16 career No. One single and received two CMA Triple Play awards for penning three No. One song within a 12-month period, adding to his collection of trophies from the Country Music Association, Academy of Country Music, Billboard Music Awards, CMT Music Awards, and more. Following the record-breaking success of his Top 10-and-rising single “What’s Your Country Song,” additional new music is expected this year. “At the top of his musical game” (Winnipeg Free Press), the in-demand superstar has headlined multiple nationwide and international tours as well as major festivals. For more information, visit www.thomasrhett.com.