Robert Earl Keen which was rescheduled for Saturday, June 20 has been moved to Saturday, July 18.

We look forward to welcoming Robert Earl Keen to Billy Bob’s Texas on Saturday, July 18. We offer a one of a kind experience in the heart of the Fort Worth Stockyards! While you’re here check out the Honky Tonk Kitchen, Billy Bob’s gift store, and live bull riding! 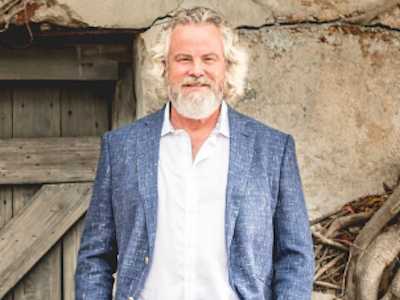 “The road goes on forever …”

It’s not always easy to sum up a career – let alone a life’s ambition – so succinctly, but those five words from Robert Earl Keen’s calling-card anthem just about do it. You can complete the lyric with the next five words – the ones routinely shouted back at Keen by thousands of fans a night (“and the party never ends!”) – just to punctuate the point with a flourish, but it’s the part about the journey that gets right to the heart of what makes Keen tick. Some people take up a life of playing music with the goal of someday reaching a destination of fame and fortune; but from the get-go, Keen just wanted to write and sing his own songs, and to keep writing and singing them for as long as possible.

Now three-decades on from the release of his debut album – with nineteen records to his name, thousands of shows under his belt and still no end in sight to the road ahead – Keen remains as committed to and inspired by his muse as ever. And as for accruing recognition, well, he’s done alright on that front, too; from his humble beginnings on the Texas folk scene, he’s blazed a peer, critic, and fan-lauded trail that’s earned him living- legend (not to mention pioneer) status in the Americana music world. And though the Houston native has never worn his Texas heart on his sleeve, he’s long been regarded as one of the Lone Star State’s finest (not to mention top-drawing) true singer-songwriters.

He was still a relative unknown in 1989 when his third studio album, West Textures, was released – especially on the triple bill he shared at the time touring with legends Townes Van Zandt and Guy Clark – but once fellow Texas icon Joe Ely recorded both “The Road Goes on Forever” and “Whenever Kindness Fails” on his 1993 album, Love and Danger, the secret was out on Keen’s credentials as a songwriter’s songwriter. Keen was at the forefront of the burgeoning Americana music scene. Bolstered by AAA radio stations across the country and magazines like No Depression, Keen was embraced as one of its prime movers. Little wonder, then, that when the songwriter-revering “Americana” style was officially recognized by the industry 1998, Keen was the genre’s first artist to be featured on the cover of the radio trade magazine Gavin. By the end of the decade, Keen was a veritable household name in Texas. A dozen years later, he was inducted into the Texas Heritage Songwriters Hall of Fame along with the late, great Van Zandt and his longtime friend from Texas A&M, Lyle Lovett.

Keen has been involved in many benefits and charity events for communities in his home state of Texas. He had the honor of performing with fellow superstars George Strait, Miranda Lambert, Chris Stapleton and Lyle Lovett on the Hand in Hand benefit telethon which raised more than $55 million for hurricane relief efforts in Texas. Keen was also featured on a benefit concert hosted by the five former presidents of the United States in 2017. Add that to his legendary status in the lone star state, and it is no wonder REK was inducted into the Texas Heritage Songwriters Hall of Fame in 2012.

The recognition of his legendary career doesn’t stop there. In March 2015, Robert Earl Keen was distinguished as the first recipient of BMI’s official Troubadour Award. The Troubadour Award celebrates songwriters who have made a lasting impact on the songwriting community. The award honors writers who craft for the sake of the song and set the pace for generations of songwriters who will follow. To protect songwriters, Keen was a member of the delegation that lobbied US Congress to support musicians’ rights, specifically the “Fair Pay for Fair Play Act” which was promoted to the Music Modernization Act that passed in October of 2018. Keen’s career proves him to be a true trailblazer.

Robert Earl Keen’s philanthropic and charity work, along with his legendary music career lead him to be presented with the Distinguished Alumni award from Texas A&M University in the fall of 2018. Awarded jointly by the university and The Association of Former Students, this honor recognizes those Aggies who have achieved excellence in their chosen professions and made meaningful contributions to Texas A&M University and their local communities.

Also taking notice of Keen’s contributions, The Texas Cowboy Hall of Fame inducted Robert Earl Keen into their 2019 class. This is the highest honor bestowed on individuals who have shown excellence in competition, business and support of rodeo and the western lifestyle in Texas. The Hall of Fame honored Keen for his prolific music career and charitable acts, presenting him with The Rick Smith “Spirit of Texas Award,” celebrating the achievements and uniqueness of Texans. Keen joins a prestigious list of other Hall of Fame members which includes Willie Nelson, George Strait, Lyle Lovett, Tommy Lee Jones, Red Steagall, Tuff Hedeman, Pat Green, and Clay Walker.

Troubadour Robert Earl Keen has made many meaningful contributions in both his surrounding Texas communities and in the music industry nationwide. As more projects and opportunities come down the pike, and as Keen continues to tour extensively with his veritable band, one thing remains the same: Robert Earl Keen loves what he does.

“It’s just like, man, I’m lucky to still be hanging out here and doing this,” he says. “I feel like everything came full circle in a wonderful way.”