We look forward to welcoming Read Southall Band to Billy Bob’s Texas on Friday, September 24.  We offer a one-of-a-kind experience in the heart of the Fort Worth Stockyards! While you’re here check out the Honky Tonk Kitchen, Billy Bob’s gift store, and the Handprint Wall of Fame! 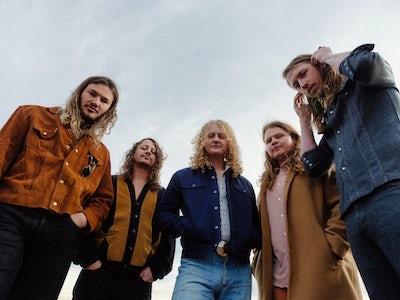 Born and raised in the heart of Oklahoma, Read Southall brings a unique sound to country music. Growing up listening to everything from Hank Williams to Johnny Paycheck led him to fall in love with the soulful stories behind country music. The young artist quickly used these influences to find his fit in the genre. Read started performing in choirs and local bands at a young age, and at age 22 he began performing locally as a solo artist. Overnight it seemed, he had a dedicated fan base in his home state. As he continued to grow as an artist, Read began writing in between performances. Putting personal experiences to paper came naturally, “I really enjoy writing music simply because I believe I can connect with people… Words can’t describe the high you feel when someone says your music has gotten them through something. That alone is a greater honor than any dollar compensation,” says Southall. Read wrote, recorded, and independently released his first album, Six String Sorrow, in 2015 and recently released Borrowed Time with his band. With overdriven guitars and heavy drums, the Read Southall Band aims to deliver a rock and roll experience at every show.