Micky and the Motorcars

We look forward to welcoming Micky and the Motorcars to Billy Bob’s Texas on Saturday, July 2, 2022. We offer a one of a kind experience in the heart of the Fort Worth Stockyards! While you’re here check out the Honky Tonk Kitchen, Billy Bob’s gift store, and live bull riding!

Show Details
Micky and the Motorcars at 10:00 PM on the Main Stage
House band at 8 PM on the Honky Tonk Stage
Doors Open at 6 PM

About Micky and the Motorcars 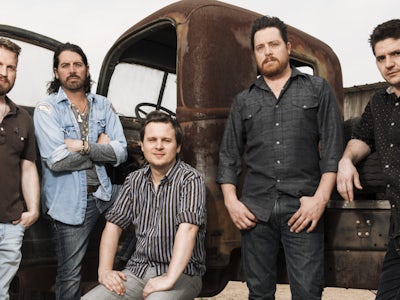 Led by frontman Micky Braun and his brother, guitarist Gary Braun, and initially featuring childhood friends Travis Hardy on drums and Mark McCoy on bass, Micky & the Motorcarsrolled out of the Sawtooth Mountains of Stanley, Idaho in a cloud of Americana dust. The sons of veteran Western swing musician Muzzie Braun, Micky and Gary, along with older brothers Cody and Willy, spent their childhood as part of Muzzie Braun & the Little Braun Brothers band, and were stage veterans before their teens. Eventually Cody and Willy Braun left the band to form Reckless Kelly, with Micky and Gary soon following suit, moving to Austin, Texas with Hardy and McCoy as Micky & the Motorcars. Once in Texas they added Joseph Deeb on lead guitar, rounding out the group’s lineup. Developing a straight-ahead style of alternative country-rock, the band released an independent album, Which Way from Here, in 2002, following it with Ain’t in It for the Money on the Smith Music Group label in 2004. Hardy had left the band by that point, being replaced by Shane Vannerson, the first of several occasional shakeups to the Motorcars‘ lineup.

Micky & the Motorcars signed to Smith in 2007, releasing Careless that year. The next year, Naive became their first album to chart on Billboard, and it also featured guitarist Kris Farrow, who stayed with the band through 2011; he was replaced by Dustin Schaefer. That year, the group put out Raise My Glass, which debuted at 36 on Billboard’s country chart. McCoy left the band after its release — his replacement was Joe Fladger — and tragically died in a rafting accident in April 2012. Vannerson left the band in 2013 and was replaced by Bobby Paugh, and this lineup recorded 2014’s Hearts from Above, which debuted at 17 on Billboard’s country