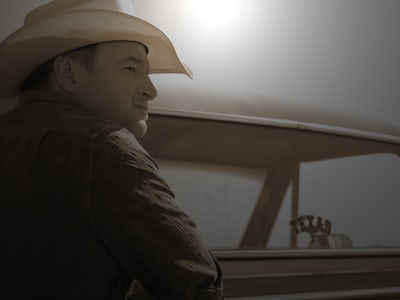 ABOUT MARK CHESNUTT: Mark Chesnutt is one of Country’s true musical treasures. Critics have hailed him as a classic Country singer of the first order and some of Country music’s most elite entertainers, from George Jones to George Strait, echo the sentiment. Mark Chesnutt’s stature is easily gauged. He has 14 No. 1 hits, 23 top ten singles, four platinum albums and five gold records to his credit; he maintains a front-and-center presence with a hefty tour schedule year after year. Country music critics and fans alike need look no further when it comes to Country music basics. If you ask Chesnutt, he’ll tell you, “It’s the music and the fans that have kept me around this long. ” In a creative forum that sometimes confuses style with substance, Mark Chesnutt possesses both. Remaining true to himself as a traditional country artist, while keeping the pace with the ever-changing country recording landscape, Mark Chesnutt has a knack for picking great songs, delivering them with world- class style and a heart-felt emotion that’s lived-in. With a trademarked voice, Chesnutt has set the bar for his generation and those that follow in his footsteps shaping the music of today’s country music newcomers and the new country music format. Mark Chesnutt’s personal integrity combined. “Mark Chesnutt gave honky-tonk music back its soul,” noted music critic Robert K. Oermann. “When Chesnutt appeared on an arid musical landscape back in 1990, I dubbed him the hillbilly messiah.” Oermann stated.  “I still feel that way today and I’ll feel that way decades from now.”