We look forward to welcoming Lindsay Ell to Billy Bob’s Texas on Friday, January 17th. We offer a one of a kind experience in the heart of the Fort Worth Stockyards! While you’re here check out the Honky Tonk Kitchen, Billy Bob’s gift store, and live bull riding!

Show Details
Lindsay Ell at 10:30 PM on the Main Stage
House Band at 8:00 PM on the Honky Tonk Stage
Doors Open at 6 PM 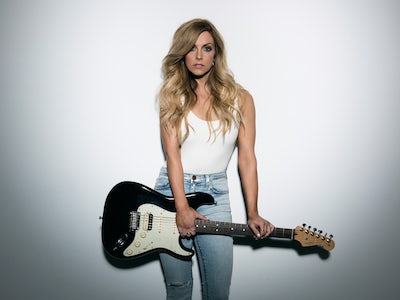 Lauded as “one of the most exciting and talented young artists in country music” (Forbes), Lindsay Ell is a triple threat:  accomplished musician, unique vocalist and songwriter. The Calgary native learned to play guitar while traveling with her father to country-bluegrass camps as a young girl. Ell honed her craft as a musical stylist and songwriter after being discovered by BTO and The Guess Who’s Randy Bachman (“American Woman” / “Taking Care of Business”) who discovered her at the age of 13. The multi-instrumentalist was soon touring alongside the likes of Luke Bryan, Buddy Guy, and Keith Urban, as well as wowing audiences as Carrie Underwood’s guitar player live on the “50th Annual CMA Awards” and holding her own alongside icon Melissa Etheridge on Skyville Live. In the last year alone, the 2019 ACM New Female Artist of the Year nominee and CMT Awards nominee exhilarated audiences as part of Brad Paisley’s Weekend Warrior World Tour, Sugarland’s Still The Same Tour and Keith Urban’s Graffiti U World Tour. Ell’s first full-length album The Project debuted at No. 1 on the Country Album Sales Chart and was named Billboard’s “Best Country Album of 2017.” Her current single with Brantley Gilbert “What Happen In a Small Town” is currently TOP 5 at country radio and climbing! For more information visit: www.LindsayEll.com.