We look forward to welcoming LANCO to Billy Bob’s Texas on Thursday, February 6th. We offer a one of a kind experience in the heart of the Fort Worth Stockyards! While you’re here check out the Honky Tonk Kitchen, Billy Bob’s gift store, and live bull riding!

Show Details
LANCO at 9:00 PM on the Main Stage
House Band at 8:00 PM on the Honky Tonk Stage
Doors Open at 6 PM 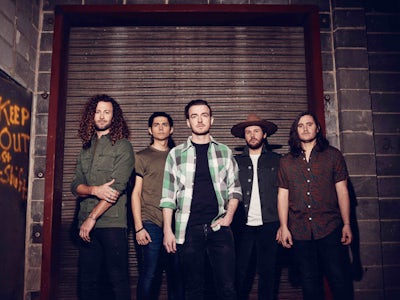 LANCO continues to pave its course after the success of its 2x PLATINUM multi-week radio chart-topper “Greatest Love Story” and critically acclaimed GOLD hit “Born To Love You.” The five-man band’s #1 selling debut and coming-of-age album, HALLELUJAH NIGHTS, made LANCO the first Country group to debut on the Billboard Country albums charts at #1 in 10 years. Now they have dropped two irresistibly nostalgic tracks “Old Camaro” and “What I See,” which serves as their new single at Country radio. Revealing another layer of LANCO, they fuse together a modern twist of sentimental hometown memories with a fresh mix of organic sounds. New music from the ACM “New Group of the Year” follows multiple nominations from the CMT, CMA, ACM, AMA, and iHeart Awards. Additionally, Brandon Lancaster became the first member of a group to ever win NSAI’s “Songwriter/Artist of the Year.” LANCO has already mapped out plans for the new year as their headlining WHAT I SEE TOUR will launch January 9.