We look forward to welcoming Kolby Cooper to Billy Bob’s Texas on Friday, April 15.  We offer a one of a kind experience in the heart of the Fort Worth Stockyards! While you’re here check out the Honky Tonk Kitchen, Billy Bob’s gift store, and the Handprint Wall of Fame!

Show Details
Kolby Cooper at 10:00 PM on the Main Stage
House Band at 8:00 PM on the Honky Tonk Stage
Doors Open at 6 PM 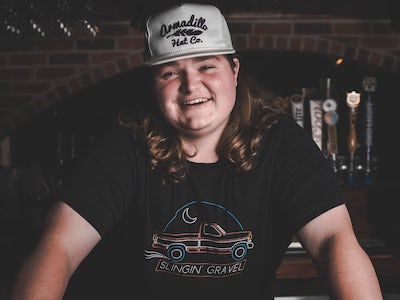 Kolby Cooper started selling out shows and clocking millions of streams using only his songs as muscle. Three years out of high school, still living in his East Texas hometown, no label or industry machine in place, Cooper earned Spotify numbers typically reserved for household names: After only one year online, “It Ain’t Me” has almost hit 7 million streams, “Every Single Kiss” has topped 4.5 million, and “Fall” is hovering around 2.7 million. When Cooper releases the anticipated Vol. 2 EP in the summer of 2020, his devoted listeners will dive into another round of his already-signature blend of searing break-up anthems and gut-wrenchingly relatable songs of loss and growth. Cooper’s ragged velvet vocals are an ideal vehicle, which he layers over rock-and-roll guitar and distinctly Texas bottom-end. “I really want them to hear it and hear what we hear,” Cooper says of the new songs. “It is the best stuff we’ve ever released.”