We look forward to welcoming Kip Moore to Billy Bob’s Texas on Saturday, March 13.  We offer a one of a kind experience in the heart of the Fort Worth Stockyards! While you’re here check out the Honky Tonk Kitchen, Billy Bob’s gift store, and the Handprint Wall of Fame!

Show Details
Kip Moore at 10:00 PM on the Main Stage
House Band at 8:00 PM on the Honky Tonk Stage
Doors Open at 6 PM
Please plan to arrive early as the process to get into Billy Bob’s Texas will take longer than normal due to the new COVID-19 safety protocols. 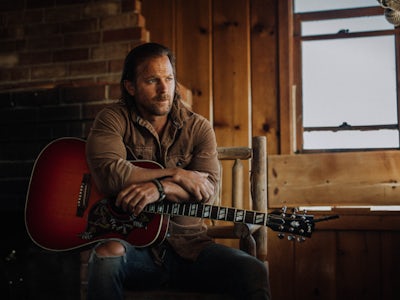 Moore’s highly-successful acoustic tour was sparked by his recently released ROOM TO SPARE: THE ACOUSTIC SESSIONS EP. The collection follows his third studio album SLOWHEAR, which garnered instant praise from critics as his “most complete, cohesive declaration of his artistic sensibilities yet” (NPR), as well landing on multiple “Best Of” lists including Entertainment Weekly, Rolling Stone, UpRoxx, Bobby Bones Show, Taste Of Country, Sounds Like Nashville, The Boot, PopMatters and Whiskey Riff. SLOWHEART includes Moore’s fourth No. One single “More Girls Like You” and follows the critical acclaim that surrounded Moore’s sophomore album WILD ONES and his PLATINUM debut album UP ALL NIGHT that spawned three No. One hit singles, including GOLD certified “Beer Money,” PLATINUM certified “Hey Pretty Girl,” and the DOUBLE PLATINUM breakout hit “Somethin’ ‘Bout A Truck.” Moore recently announced his six-date stint on the BUD LIGHT DIVE BAR TOUR in August followed by the extension of his headlining ROOM TO SPARE: ACOUSTIC TOUR kicking off in October, after selling out the first two runs in the U.S, U.K and Canada. For more information, visit kipmoore.net.