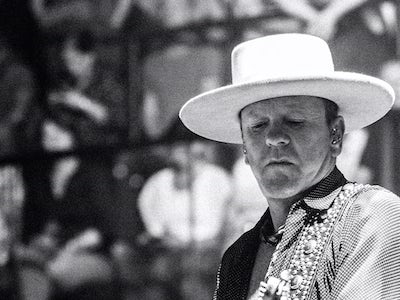 KIEFER SUTHERLAND has been a professional actor for over thirty years, starring in movies like ‘Stand By Me’, ‘The Lost Boys’, ‘Young Guns’, Flatliners’, ‘A Few Good Men’, ‘A Time to Kill’, ‘Dark City’, ‘Melancholia’ and most recently, a western called ‘Forsaken,’ as well as the TV series ‘24’ and ‘Designated Survivor”.  He’s won an Emmy, Golden Globe and 2 Screen Actors Guild awards.

But unknown to many during the course of his career, he has taken on other vocations with the same kind of dedication and commitment. The first one, beginning around 1992, was that of a cattle rancher and competitive cowboy team roper.  Most recently, he’s turned his passion toward country music and this will mark his 2nd mainstage appearance at Billy Bob’s