We look forward to welcoming Fin Ewing & Wrong Direction to Billy Bob’s Texas on Wednesday, June 30th. We offer a one of a kind experience in the heart of the Fort Worth Stockyards! While you’re here check out the Honky Tonk Kitchen, Billy Bob’s gift store, and live bull riding! 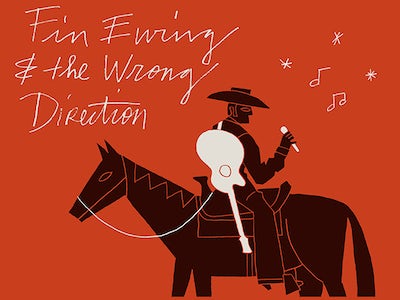 Fin Ewing, president of Ewing Automotive Group and Coach Gary Patterson will take over Billy Bob’s showroom on Wednesday, June 30th in a concert/jam session that will raise money for the Patterson Foundation.  The night expects to see a mixture of TCU fans, college students, and high-profile friends, as well as those looking to see who will be in the audience and which surprise guests will join them on stage.

In perhaps a bit of a midlife crisis…in 2016, Fin Ewing happened upon an article that promised anyone could learn to sing. He had never been much of a vocalist, but as a kid, he had spent time around country music greats like Willie Nelson, Tanya Tucker, and Larry Gatlin, and always admired people who could step into the spotlight and captivate a crowd. Ewing decided to find out if the article was accurate. He got in touch with a voice coach named Bruce Wermuth and asked, “Can I learn to sing?”

After chatting, Wermuth discerned that Ewing couldn’t play any instruments and had no history of singing. Baffled, he asked Ewing what his goal was. “I want to play a concert”.

His Goal….a concert on the main stage at Billy Bob’s Texas – where he would invite friends and even other artists to enjoy the evening with him.  His Band “Fin Ewing and the Wrong Direction” plays a mixture of songs and focuses on the audience having a great time.  When he’s not unlocking his musical talents, Ewing is president of Ewing Automotive Group, which owns Mercedes-Benz, GMC, Buick, and Subaru dealerships. The business was started in 1940 by Ewing’s grandfather.  Former Dallas Mayor Mike Rawlins said of Ewing’s mid-life adventure “He didn’t need a fancy car or a jet, so he learned to sing and put together a darn good band”.

Special Guest TCU Football Coach Gary Patterson, a future College Football Hall of Famer, is now a published songwriter.  With a collection of songs he’s written over the past 30 years, Coach Patterson has been collaborating with Nashville songwriters, many will join him at Billy Bob’s.  The TCU head coach has released his debut music video “Take a Step Back” as part of an album he is recording.   Patterson said “after receiving a $9 check from Spotify, I’m not going to quit my day job”.    He is looking forward to performing with Fin Ewing and The Wrong Direction and promised a few other surprise guests.