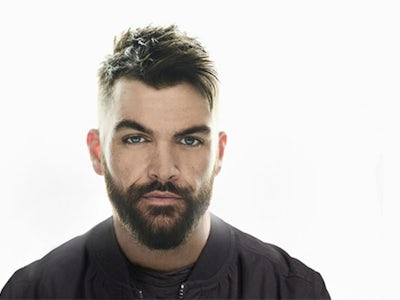 ABOUT DYLAN SCOTT: An old soul with a young spirit … a dreamer who imagined himself following his father’s path to Nashville … a man’s man with a lifelong love for hunting and country music … and a heartthrob whose wide smile and deep-voiced Louisiana drawl have already turned many a woman’s head. Even in the tide of hopeful young singers rising daily in Music City, Dylan Scott stands out. It takes just a few seconds to hear why: after Scott’s vocal begins on “Crazy Over Me,” intimate, even conversational, and then soars on a rush of buoyant emotion, you know something special is underway. Not just this song, mind you — we’re talking about a career. Dylan Scott’s respect for traditional country, embrace of multiple modern genres, unique voice and welcoming personality guarantee his success in country music for years to come. Scott’s vocal on the brand new single “My Girl” spans a vast range of expressions, from the intensity of the choruses to the spoken-word interlude, and plays out a true story that Dylan remarks was “ten years in the making”. The song, written about Dylan’s girlfriend at the time, and now wife, has already garnered the attraction of legions of female fans. Millions of them, in fact. The song has been cycling amongst fans for quite awhile which led to the clever revealing of Dylan’s new single, album and impending marriage through the video playlist, “Based on a True Story” on his Facebook page. Dylan’s success in the digital space has created unusually large crowds at his live performances with fans singing practically every word to every one of his songs all across the US and Canada.