We look forward to welcoming Dolly Shine to Billy Bob’s Texas on Saturday, January 29. We offer a one-of-a-kind experience in the heart of the Fort Worth Stockyards! While you’re here check out the Honky Tonk Kitchen, Billy Bob’s gift store, and the Handprint Wall of Fame! 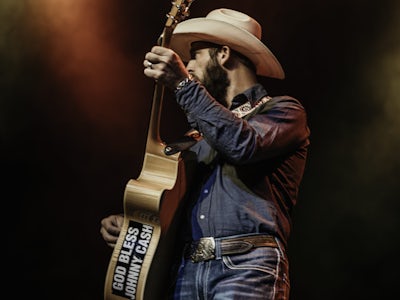 Deep in south Texas there is an old Spanish term that has been around for ages called “Dale Shine.” Its literal translation means to “give it shine,” but in today’s slang style it simply means “give it gas.” In the Americanized version, they call themselves Dolly Shine. Live music is king in this particular region of the US, and when Dolly Shine walks onto the stage, it is immediately clear to everyone in the room that they have come to play.

Dolly Shine broke out in 2010. Their first full length album “Room To Breathe” (2013) sounds like a first-time broken heart, heavy with mellow sentimentality and self-reflection. Their much-anticipated album “Walkabout” was released in 2016 with overwhelming enthusiasm from fans. The band took an indefinite break immediately following the release of this album. After a two year hiatus to focus on family and other projects, Dolly Shine reunited for a run of shows in 2019. The reunion tour band featured original members Zack McGinn, Jerrod Flusche, and Johnny Goodson. Back and better than ever, Dolly Shine will be back for their 2nd Annual Family Reunion tour in early 2020.