While we try to navigate what concert capacity will look like in the future, we are pausing the sale of new tickets for the rescheduled Colter Wall dates. As soon as we have a clear indication from government officials on the number of guests we can have in our venue, we will address additional ticket sales.

The BBT team has been working diligently with artists and their representatives to evaluate possible postponed or rescheduled shows. We are happy to announce that the upcoming Colter Wall concert has been rescheduled.

All current tickets are valid for the rescheduled performance dates. If you are unable to attend the new concert dates or have any questions regarding your tickets, please contact tickets@billybobstexas.com with the concert name and ticket confirmation number if available.

We look forward to welcoming Colter Wall to Billy Bob’s Texas on Thursday, November 19. We offer a one of a kind experience in the heart of the Fort Worth Stockyards! While you’re here check out the Honky Tonk Kitchen, Billy Bob’s gift store, and live bull riding! 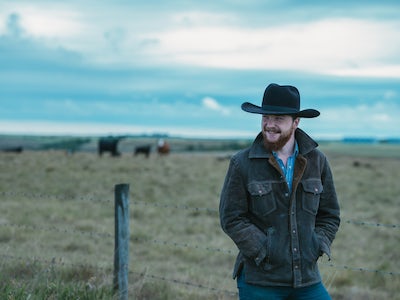 Colter Wall is a Canadian singer-songwriter with a deep and knowing voice that you wouldn’t expect of a man who’s not yet 24 years old. He started learning guitar at the age of 13, playing the music of rock bands such as AC/DC, Black Sabbath, and Led Zeppelin. Later he became interested in old blues artists and then started to listen to folk music. As a folk singer, Wall places equal importance on crafting songs as well as carrying older songs into the present day. “To me, a folk singer is somebody who sings folk songs—and it’s also someone who is writing their own music while taking something from traditional folk songs. It’s somebody who sings those songs and is aware of passing down the traditions, whether it’s from their own version of the song or taking those old tunes and reinventing them.”