We look forward to welcoming Cody Johnson with The Rockin’ CJB Unplugged to Billy Bob’s Texas on Sunday, December 6. We offer a one of a kind experience in the heart of the Fort Worth Stockyards! While you’re here check out the Honky Tonk Kitchen, Billy Bob’s gift store, and the Handprint Wall of Fame!

Show Details
Cody Johnson with The Rockin’ CJB Unplugged at 10:00 PM on the Main Stage
Hazard County at 8:00 PM on the Honky Tonk Stage
NFR Watch Party at 6:30 PM in the Bull Arena
Doors Open at 6 PM
*Please note that there will be no valet or bull-riding on this night. 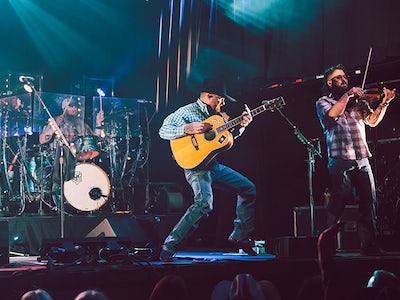 With more than one billion career streams, COJO Music / Warner Music Nashville recording artist Cody Johnson has clearly established a rabid following of loyal fans who thirst for his authentic brand of country music. The aptly named “COJO Nation” purchased half a million concert tickets in one calendar year and regularly pack out shows across the country. Johnson sold out 45+ shows in 2019 alone including a sold-out show at the historic Ryman Auditorium and RODEOHOUSTON for the second consecutive year. His first major-label release Ain’t Nothin To It skyrocketed to No. 1 on both the Billboard Top Country Albums and All-Genre Digital Sales charts. Also reaching Top 10 on Billboard 200, it became the third-highest pre-added album of all time in the country music genre on Apple Music at the time of release. Johnson’s “On My Way To You” has been RIAA-certified Platinum and marks his first Top 10 hit at country radio. Now he returns to country airplay with his latest single “Dear Rodeo,” which MusicRow described as “a beautiful piece of work,” going on to state Johnson “just might be the future of real country music.” Co-written by Johnson and Dan Couch, the reflective song serves as Johnson’s ode to his previous bull-riding career and has already surpassed 30 million streams to date.

The country star is known for his explosive live shows and electrifying stage presence. Even prior to signing a joint venture with Warner Music Nashville, Johnson’s independently released project reached No. 2 on Billboard’s Top Country Albums chart and No. 11 on the Billboard 200 Chart. With ACM and CMA nominations to his name, Johnson has been recognized as one of The Tennessean’s “Nashville’s Next Stars,” MusicRow’s “2019 Next Big Thing,” iHeartRadio’s “Artists to Watch in 2019,” and highlighted on Pandora’s “Artist to Watch 2019” playlist.

Cody Johnson is the only artist to have two signature logos on the backstage wall.