We look forward to welcoming Cheap Trick to Billy Bob’s Texas on Friday, August 6, 2021. We offer a one-of-a-kind experience in the heart of the Fort Worth Stockyards! While you’re here check out the Honky Tonk Kitchen, Billy Bob’s gift store, and the Handprint Wall of Fame!

Show Details
Cheap Trick at 10:00 PM on the Main Stage
Houseband at 8:00 PM on the Honky Tonk Stage
Doors Open at 6 PM
*Please note that there will be no valet or bull-riding on this night. 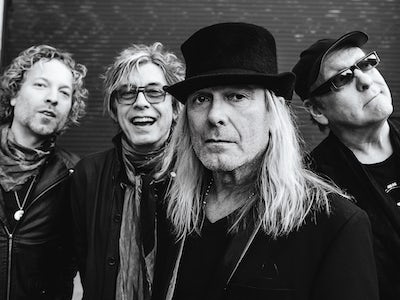 With over 5,000 performances spanning four decades, 20 million records sold worldwide, and inducted into the Rock and Roll Hall of Fame, CHEAP TRICK is undoubtedly one of the most influential classic rock groups of the past 50 years. The band was formed in 1974 and while it has evolved throughout the years, CHEAP TRICK has continued to reach mainstream and critical success.  Hits such as “I Want You To Want Me,” “Dream Police,” and “Surrender” have cemented the group as one of America’s top rock ‘n’ roll bands of all time.