We look forward to welcoming Brantley Gilbert to Billy Bob’s Texas on Friday and Saturday, June 11 & 12.  We offer a one of a kind experience in the heart of the Fort Worth Stockyards! While you’re here check out the Honky Tonk Kitchen, Billy Bob’s gift store, and the Handprint Wall of Fame!

Show Details
Brantley Gilbert at 10:00 PM on the Main Stage
House Band at 8:00 PM on the Honky Tonk Stage
Doors Open at 6 PM
Please plan to arrive early as the process to get into Billy Bob’s Texas will take longer than normal due to the new COVID-19 safety protocols. 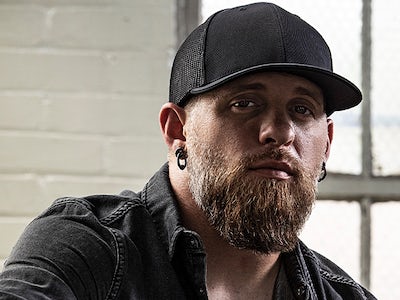 Brantley Gilbert has been in a little trouble. He’s gone too fast, stayed too late, and knocked out lights. But he’s also seen poetry where others only saw weeds and broken glass, and resurrected faith after some declared it’d flatlined. Then, he put it in a song

“Bleeding all over a piece of paper and wearing your heart on your sleeve: Music is the truest form of expression outside of prayer,” Gilbert says. “Music’s supposed to be a safe place for all things.”

Gilbert is home in Maysville, Georgia, reflecting on the singular path he’s taken to Fire & Brimstone, his fifth album released October 4, 2019, via the Valory Music Co. The guy who started as the defiant life-of-the-party can still go till sunrise, but he’s also emerged as something far greater: the leader of a massive tribe of hard-working, fun-loving believers for whom electric guitar-shredding, rapping, and twang can go hand-in-hand-in-hand. They call themselves the BG Nation, and when the BG Nation watches Gilbert on a stage, they don’t just see a star. They see themselves.

As a country artist with back-to-back platinum albums, Gilbert has clearly struck a nerve. Seven No. 1 hits punctuate his career: “Country Must be Country Wide,” “You Don’t Know Her Like I Do,” CMA Awards Song of the Year nominee “Red Dirt Anthem,” “My Kinda Party,” “Bottoms Up,” “One Hell of an Amen,” and “What Happens In A Small Town,” featuring Lindsay Ell. Gilbert’s landmark record Just As I Am clinched the 2014 American Music Award for Favorite Country Album.

On all of his albums, Gilbert has mined a rich vein of conflict between the party and the pew. The titles alone capture the battle: Modern Day Prodigal Son (2009), platinum-certified Halfway to Heaven (2010) and Just As I Am (2014) and gold-certified The Devil Don’t Sleep (2017). But Gilbert has never forsaken any part of himself in order to better fit somebody else’s idea of who he should be. Instead of toiling in limbo, unable to enjoy good times for fear of Judgment Day, Gilbert fully lives––rowdy friend, man of faith, devoted husband, smitten new father––just as he is. Fire & Brimstone is Gilbert’s most mature and complex exploration of his world––including that holy and hell-raising tug-o-war––to date.

“I always say that my albums are chapters of my life, and ‘Fire & Brimstone’ is no different,” Gilbert says. “Usually, I try to cover every aspect of who I am, but on this one, I did especially. This album is where I’ve been and where I am. It’s a little bit of the journey.”

The snapshot of Gilbert’s life finds him in a vastly different place than he was just a few years ago. He is a husband and a father––albeit one whose job requires him to lead a wild party at least three nights a week. For Gilbert, it’s been a natural progression that’s allowed him to grow without ever sacrificing who he is. “If you liked ‘You Don’t Know Her Like I Do,’ well, now I’m married to that girl,” he says. “If you liked ‘Modern Day Prodigal Son,’ here’s where I’m at in my faith with ‘Fire & Brimstone.’ If you liked the way we were partying back then, hey, brother: We’re still doing it.”

Fire & Brimstone kicks off with a triumphant return to the rowdy times. “Fire’t Up” is a rallying cry: Come together, BG Nation. It’s time to get pumped up. “Not Like Us” keeps spirits high but adds a rambunctious sense of pride as Gilbert snarls over moody guitars and hype-man whoop. Gilbert also recorded several Fire & Brimstone tracks at Tupac’s original vocal booth at Mike Elizondo’s studio, which used to be Death Row. “With this record, the goal for me was to let each song just be what it was––uninhibited and unfiltered,” Gilbert says. “We just followed the song’s instincts. I like to be able to write, and if it feels like the song is leading a certain way, then hey: Let’s go chase it.”

The collaborations on Fire & Brimstone are all standouts. No. 1 Single “What Happens in a Small Town” featuring Lindsey Ell shows once again that Gilbert is just as capable of heartbreaking vulnerability as he is hell-raising. He is a big fan of Ell and hopes the duet will introduce her to more fans. “It’s a difficult time for females in this genre––it’s especially hard for up-and-comers,” he says. “Lindsey isn’t just a pretty face. She’s a guitar slinger. She’s a real musician––a real artist––and she’s working incredibly hard.”

With guest harmonies from Jamey Johnson and Alison Krauss, the title track is a stunner. Gilbert wrote the track by himself as an intimate look at where he is now in his faith. “In my head, it was Jamey playing the old Southern Baptist reverend in the old, wooden, little bitty fire and brimstone church,” Gilbert explains. “Alison is either in the choir or the front row, and I’m the dude in the back smoking a cigarette on the steps on the way in.” Anchored by Gilbert’s thorny croon, the song explores loneliness and judgment, both inside and outside the church.

Gilbert doesn’t shy away from complexity. “Lost Soul’s Prayer”––another highlight––is a look back at where he was in his faith not all that long ago. He stumbles through a divine plea that acknowledges weakness and pride: “You’ll forgive me for my sin / Knowin’ good and well I’ll probably do it again / And be with them people lookin’ down on me / But Lord, don’t ever let ‘em put their hands on me.”

“As a man, very seldom do I talk about many things that are more than skin deep,” Gilbert says. “As a songwriter and as an artist, I feel like the best way to represent myself is to be transparent––to write that story––and to write about things that maybe even I’m not comfortable talking about.”

Love songs detailing the thrill of the chase including “Laid Back Ride” and “Breaks Down,” as well as the rich joy of loyal companionship such as “Never Gonna Be Alone” are all here too, still inspired by Gilbert’s wife, Amber. Moving track “Man of Steel” is a different kind of love song. Gilbert has big plans for the track, which he’ll unveil soon. Album closer “Man Who Hung the Moon” is a poignant look at new fatherhood coupled with a push toward the only perfect Father who’s been there all the long. Another written by Gilbert alone, the song is his favorite on the record.

Years of following his own muse instead of worshipping someone else’s have paid off for Gilbert––and he doesn’t show any signs of changing course. “We always know where we stand,” he says. “As long as there’s a box, I always know where I’m supposed to be, and that’s on the outside of it.”