The BBT team has been working diligently with artists and their representatives to evaluate possible postponed or rescheduled shows.

Blues Traveler has been postponed. Rescheduled dates will be available soon. All current tickets will be valid for the rescheduled performance dates. If you are unable to attend the new concert dates or have any questions regarding your tickets, please contact tickets@billybobstexas.com with the concert name and ticket confirmation number if available.

A note from our Ticketing Manager:

I am processing refunds as fast as humanly possible. Keep in mind that we have a ton of requests rolling in, all at once. Please only email tickets@billybobstexas.com with refund requests at this time. Include as much relevant info as possible. Thank You! 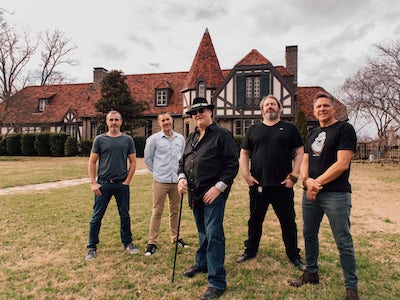 ABOUT BLUES TRAVELER
Blues Traveler has released a total of 13 studio albums, four of which have gone gold, three platinum, and one six-times platinum. Throughout its illustrious career, Blues Traveler has sold more than 10 million combined units worldwide, played over 2,000 live shows in front of more than 30 million people, and, “Run-Around,” had the longest-charting radio single in Billboard history, which earned them a Grammy® for Best Rock Performance by a Duo or Group with Vocals. Their movie credits include Blues Brothers 2000, Kingpin, Wildflowers and others.