We look forward to welcoming Billy Currington to Billy Bob’s Texas on Saturday, October 12th. We offer a one of a kind experience in the heart of the Fort Worth Stockyards! While you’re here check out the Honky Tonk Kitchen, Billy Bob’s gift store, and live bull riding! 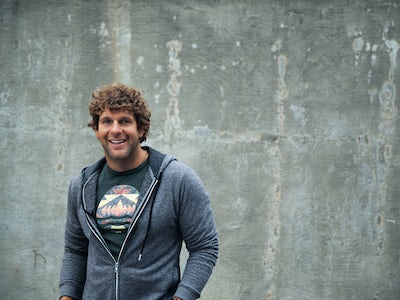 Billy Currington’s latest album bears the breezy title Summer Forever, but the talented Georgia native has spent more than a decade in the spotlight proving he’s truly a man for all seasons. Possessing one of the smoothest and most distinct voices in any genre of music, Currington is equally skilled at delivering upbeat summertime anthems as well as exploring the complexities of life and love with a poignant ballad. On Summer Forever, Currington’s sixth studio album, he brings both with a collection of songs that will take the listener on a riveting musical journey and leave them breathless at the end of the ride.

Since his self-titled debut album bowed on Mercury Records in 2003, Currington has scored eleven career No. 1 singles, most recently, “Don’t Hurt Like It Used To.” His other hits that reached the No. 1 spot include such memorable songs as “Good Directions,” “Let Me Down Easy,” “Must Be Doin’ Somethin’ Right,” “People Are Crazy,” “That’s How Country Boys Roll,” “Hey Girl,” and “We Are Tonight.” Over the years, the self-effacing Georgia boy has amassed an impressive list of accolades. He won the “Hottest Video of the Year” honor at the fan-voted CMT Music Awards for “Must Be Doin’ Somethin’ Right” in 2006. The same year, he received an ACM nod for Top New Male Vocalist. His hit duet with Shania Twain, “Party for Two,” earned nominations from both the CMA and ACM. “People Are Crazy” took Currington’s already hot career to another level. He earned Grammy nominations for Male Country Vocal Performance and Best Country Song in addition to being nominate for Single and Song of the Year from the Country Music Association.

Currington has come a long way from his rural Georgia roots. He spent his early years on Tybee Island before his family moved inland to Rincon. He grew up listening to vinyl records by Willie Nelson, Waylon Jennings and Kenny Rogers, and when his mom took him to one of Rogers’ concerts, 10-year-old Billy knew immediately he wanted to someday be the one on stage performing. However, he wasn’t sure how he was going to get there. “To be honest, I never even heard of Nashville till I was 17 or 18,” he says. All that changed when Currington’s pastor recognized his talent while he was singing in church, and decided to give the youngster some career guidance. “He had been living in Nashville at one point,” Currington recalls. “He said, ‘Man, there’s a town called Nashville that you can get a record deal. Your dreams could come true. I’m going to take you there.’ So he took me and showed me the town. He introduced me to people. When I got back home, I totally made up my mind that when I graduated high school I was going to go back.”

And so he did. He made the move to Music City at 18 and began paying his dues by pouring concrete and working as a personal trainer at a gym during the day. At night, he was getting a musical education playing in bars all over Nashville. Naturally, he began meeting other aspiring songwriters and artists. He began writing songs and his warm, strong voice made him one of the town’s most in demand demo singers. “I was doing 10 demos a day,” he says. “Before you know it, I started getting deal offers from record labels.”

He signed with Mercury in 2003, and immediately garnered attention with his debut single, “Walk a Little Straighter,” an autobiographical song about life with his alcoholic stepfather. The song peaked at No. 8, an auspicious debut for a newcomer. He proved the quick success was no fluke when he followed with “I Got A Feelin,” which became his first top five hit. From there, the hits continued as his sophomore album Doin’ Somethin’ Right spawned his first No. 1 with “Must Be Doin’ Somethin’ Right” and his second No. 1 with “Good Directions.” Released in 2008, his third album, Little Bit of Everything, featured five songs co-written by Currington. The Bobby Braddock/Troy Jones penned “People Are Crazy” became his third No. 1 and he followed that with a song he co-wrote, “That’s How Country Boys Roll,” which also hit the top of the charts. In September 2010, Currington released Enjoy Yourself, which included No. 1 hits “Pretty Good at Drinkin’ Beer” and “Let Me Down Easy.” His fifth album, We Are Tonight, further fueled him momentum spawning two No. 1 singles – “Hey Girl” and the title track.

Though Currington has grown in knowledge and confidence, his goals in making Summer Forever is the same as when he recorded his debut. “Music is a snapshot of people’s lives and most of all, I want to leave people in a happy place,” he says with a smile. “Whether they’re sitting on a beach listening to this album or they’re walking around their house or cleaning their house or whatever. Wherever they’re at listening to this album, I want to leave them with a happy and peaceful feeling.” 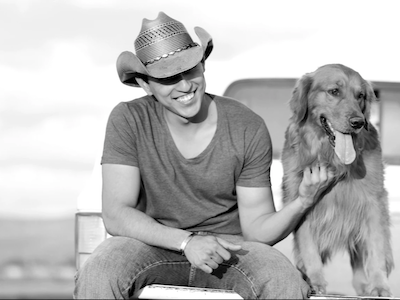 George Navarro is a young artist (he was born in Chihuahua, Mexico in 1991), and though being young in years, he already has a decades-long heritage of music and performing.   His father, Jorge Navarro, along with his uncles, are members of the Latin Grammy-winning band, Caballo Dorado.  The band dominated the music charts in 1997 with their smash hit “No Rompas Mi Corazon”, a Spanish rendition of Billy Ray Cyrus’ country hit “Achy Breaky Heart”.  The band has received multiple Grammy nominations and took home the Grammy for Best Group Album in 2009 and remains popular to this day.

In 2013 a stroke sidelined his father, and George was asked to fill in for his father while he recovered.  Shortly after his 21st birthday George would join the Grammy winning band on its world tour for the next year and a half playing arenas and stadiums for crowd’s numbering over 25,000 people.  Today thankfully, Jorge has returned to health and his band, allowing George to write the next chapter in his career, leaving his home, family and country in search of a solo country music career in the United States.

The U.S. country music scene is exactly where George wants to be and where he belongs.  While logging over ten years of experience on lead and acoustic guitar, he continues to add instrumental bullets to his ever growing musical holster, and is now an accomplished bass, drums, keyboard, fiddle and mandolin player.  George’s biggest bullet, however comes in the form of his signature vocals. With his warm and wonderful tone and wide vocal range, he has the ability to perform emotional ballads to country rock anthems with ease, coupled with his electrifying stage presence.

For many, it’s a forgone conclusion that the road to country excellence goes through Nashville, Tennessee.  So it was no surprise that on his first trip to Nashville in 2014 to showcase his talents, his performances were warmly received and highly praised by country music’s most powerful executives.  Additional affirmation came when one of his showcases caught the eye of one of the largest and most respected talent agencies in the world, Creative Artist Agency (CAA).  As a result of this showcase, he was immediately signed to one of the World’s most premiere touring rosters.

George can be found in support with some of the most popular national touring acts in the country including Billy Currington, Joe Nichols, Tracy Byrd, Loretta Lynn, William Clark Green and others.  Concert-goers can hear his original songs such as, “What Did You Have In Mind”, a polished, up tempo number co-written with Lee Thomas Miller along with emotional ballads such as “I’ll Do It Again”, written with Mark Nesler and Marty Dodson.  George continues to co-write with some of Nashville’s elite writers, including Phil O’Donnel, Wade Kirby, Brett Jones, Jim McCormick and others in preparation for his new EP release expected in the spring of 2018.

So While George Navarro continues his journey into country music, he hopes to add one more George alongside the legendary country crooners George Jones and George Strait – all signs seem to say he’s heading in the right direction. He hopes you will join him on this amazing musical journey.