We look forward to welcoming Aaron Watson to Billy Bob’s Texas on Saturday, April 16.  We offer a one-of-a-kind experience in the heart of the Fort Worth Stockyards! While you’re here check out the Honky Tonk Kitchen, Billy Bob’s gift store, and the Handprint Wall of Fame!

Show Details
Aaron Watson at 10:00 PM on the Main Stage
House Band at 8:00 PM on the Honky Tonk Stage
Doors Open at 6 PM 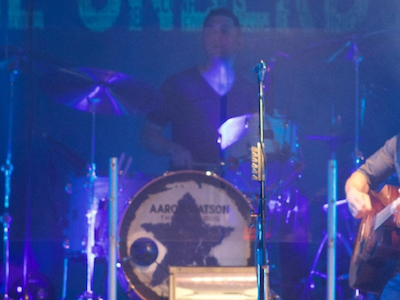 Fort Worth proclaims January 16  “Aaron Watson” Day. To commemorate the special occasion, he partners with Billy Bob’s Texas to raise more than $10,000 to support Fort Worth homeless population. Watson is inspired by the book Same Kind of Different as Me by local author, Ron Hall.

For the past 20 years, Watson has achieved success on his own terms, hand-building a lauded career through songwriting, relentless touring, and more than a dozen self-released albums. His independent Texas spirit and strong work ethic are emblematic of the western lifestyle; virtues that have taken him from humble honky-tonks of Texas to multiple sold-out tours around the world.