We look forward to welcoming Aaron Lewis (Acoustic) to Billy Bob’s Texas on Sunday, November 7, 2021.  We offer a one of a kind experience in the heart of the Fort Worth Stockyards! While you’re here check out the Honky Tonk Kitchen, Billy Bob’s gift store, and the Handprint Wall of Fame! 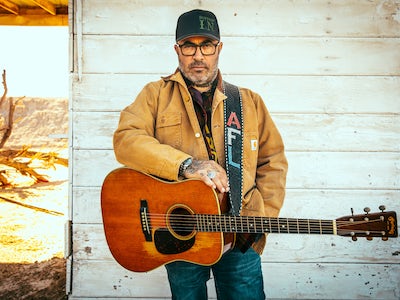 Aaron Lewis has always had a strong connection with his fans, and today, he keeps the tradition alive revealing new music, touring and a special performance to them first on Facebook. He will take the stage at Legend’s Corner (428 Broadway, Nashville, TN 37203) tonight at 7:00P as fans and Music City visitors are invited to the downtown honky tonk where Lewis will preview music from his upcoming album. The fervent show will also  broadcast live on Facebook for fans across the globe.

Lewis wrote six of the 10 tracks, which also features cuts by acclaimed songwriters Dan Tyminski and the late Keith Whitley, among others. Produced by Buddy Cannon, pre-order for STATE I’M IN begins February 1, while the title track and “The Bottom” is out at all digital partners and for all album pre-orders ahead of the April 12 release. Special album bundle packages are accessible now directly on Lewis’ website AaronLewisMusic.com.