Midland played back-to-back sold out shows at Billy Bob’s Texas February 28 and 29. $1 of every ticket sold went to ACM Lifting Lives®, the philanthropic arm of the Academy of Country Music that is dedicated to improving lives through the power of music with health programs and hardship services.

With the help of Midland and their incredible fans, $11,000 were donated. In 2017, Billy Bob’s Texas and Kane Brown came together to support the mission of ACM Lifting Lives® with a donation of $4,000. We were thrilled at the opportunity to partner with such an incredible and important organization again. 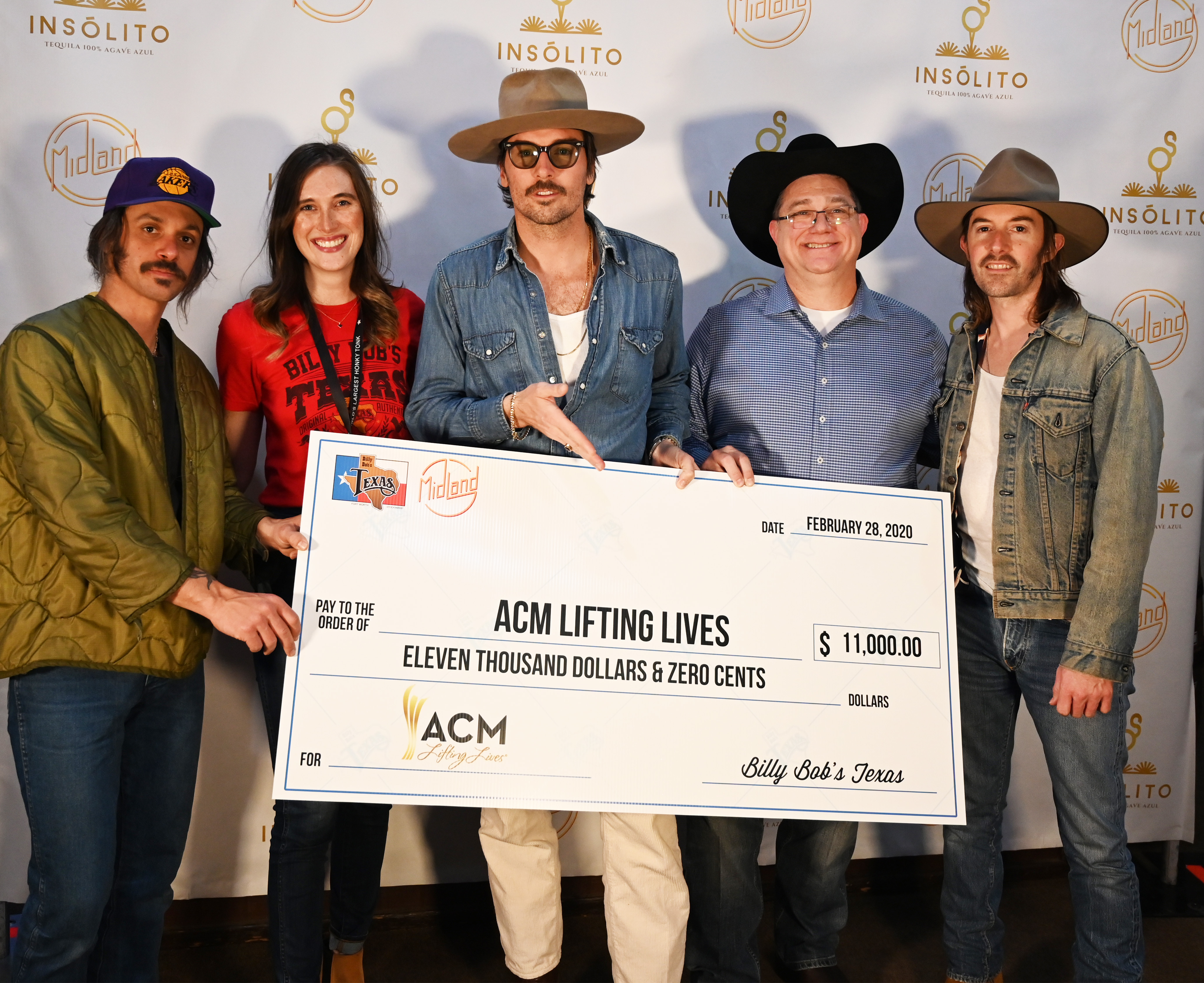 Before the show, Billy Bob’s Texas presented each member of Midland with a commemorative poster. The band had also created a special poster just for their two-night run at the club. 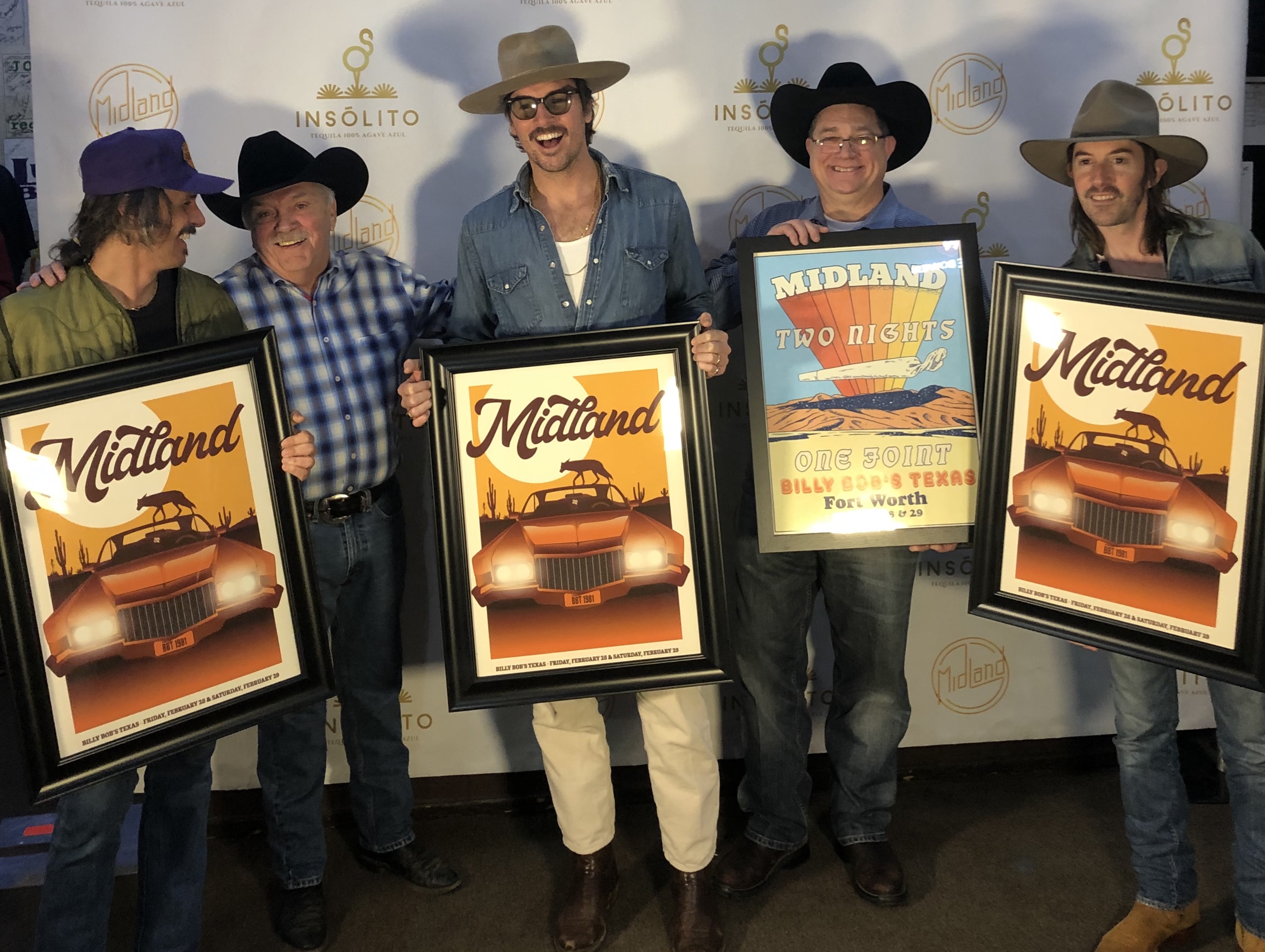 This was the fourth and fifth sold out show for Midland at The World’s Largest Honky Tonk. Jonathan Terrell opened both nights for them. Mark Wystrach, the lead singer for Midland, joined him on stage to close out his set.

The band played all of their hits to a crowd of fun-loving fans. Guests were singing along to every word and dancing the night away. They ended their two night set with covers of The Chain by Fleetwood Mac, Last Dance with Mary Jane by Tommy Petty and The Heartbreakers, and Wicked Game by Chris Isaak.