FORT WORTH, TEXAS –  Billy Bob’s Texas opened its doors on April 1, 1981, but the building has not always been known as the World’s Largest Honky Tonk. The history of the building begins in 1910 when it served as an open-air stock pen to house cattle, then a roof was added in 1936 as part of the Texas Centennial project. During WWII it became a hub to build airplane parts to help with war efforts. In the 1950’s and 1960’s the building became Clark’s Department Store which quickly became famous because all the employees stocking product wore roller skates to make their way around the massive facility. Plenty of changes have happened and this historic building has certainly evolved over the years, but this renovation is one for the records.

Billy Bob’s Texas’ team is excited to show its financial commitment to their guests as they move to improve the overall concert experience. Construction in the main showroom began immediately following this morning’s press conference, to remove two stage-front poles and raise stage-left to the level of the rest of the ceiling, for consistency. This along with new digital ticketing improvements will revolutionize the way tickets are bought and will enhance the overall guest and artist experience. In lieu of golden sledgehammers Randy Rogers and Josh Weathers were on scene to help kick off construction by smashing glitter filled guitars against one of the poles that will soon be removed. “Adios Pole” – Randy Rogers. For the next two weekends all shows will be performed on the Honky Tonk Stage kicking off with Billy Bob’s own John Zaskoda and John Shook’s band, Dirty Pool  on Friday, July 8 followed by Kaitlin Butts on Saturday, July 9. The following weekend will be Texas Hill featuring Fort Worth’s own Casey James on Friday, July 15 then up-and-comer, Jon Stork closes out the Honky Tonk Stage shows on Saturday, July 16. The first two shows back on the Main Stage will be July 22 & 23 with the Hold My Beer and Watch This Tour featuring Randy Rogers and Wade Bowen. Then closing out the month is Ted Nugent on Friday, July 29 and Fort Worth’s own, Josh Weathers on Saturday, July 30. 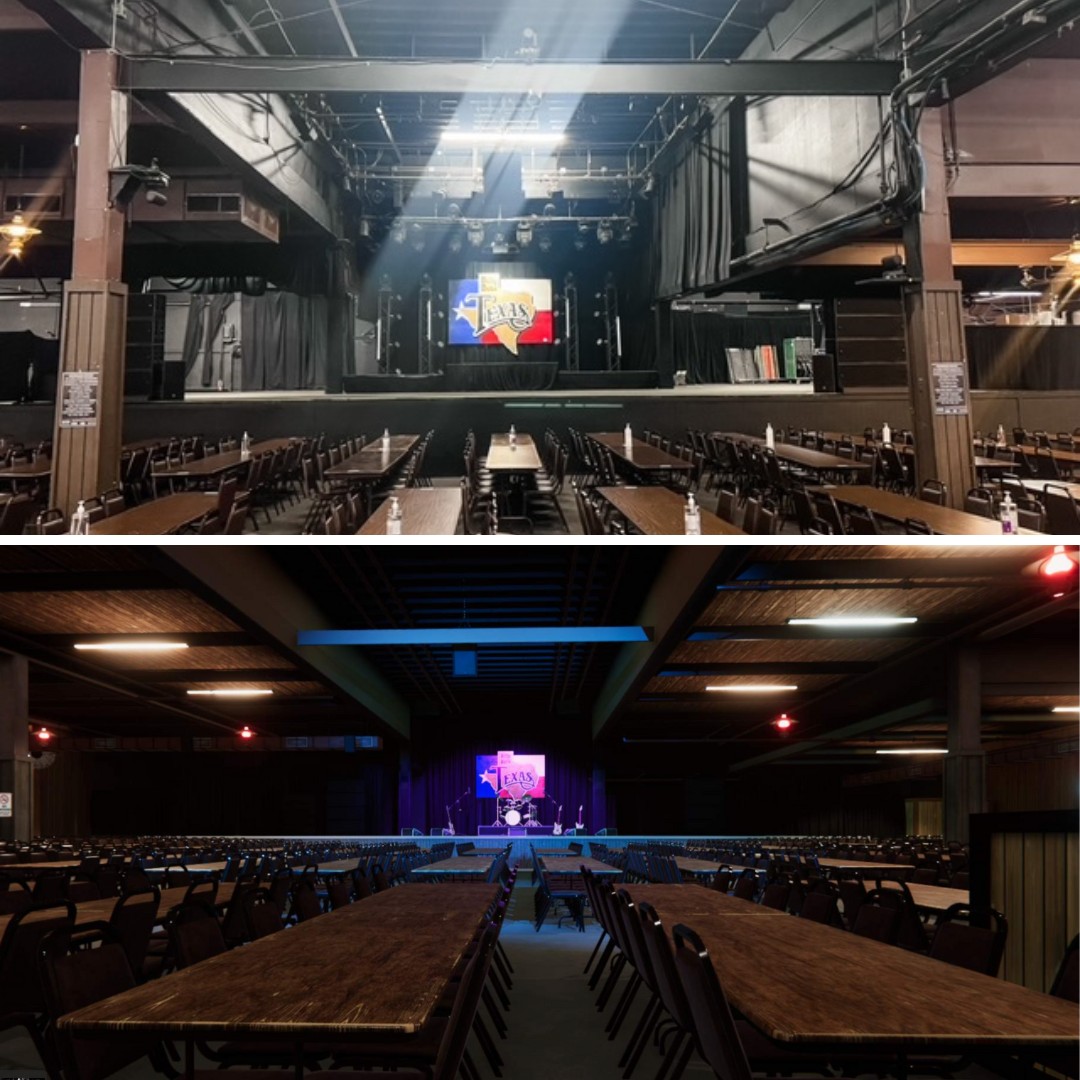 Located in the heart of the Fort Worth Stockyards National Historic District, Billy Bob’s Texas opened in 1981 and has since become known worldwide as The World’s Largest Honky Tonk. This iconic entertainment venue hosts over half a million guests and 300 live music events annually. Boasting over 120,000 square feet, with a capacity of 5000 fun-loving folks, Billy Bob’s contains a restaurant, retail store, two dance floors, private event spaces and even real live bull riding inside the Texas-sized venue.